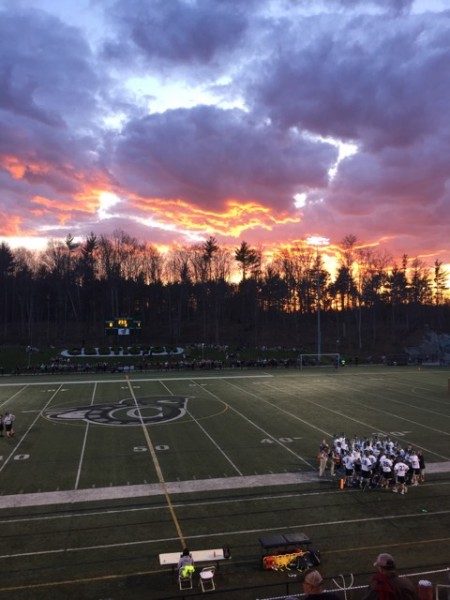 After graduating from Castleton University in 2015 with a degree in Sports Administration, Alumni Patrick Shaughnessy made his way back to the ‘small school with a big heart’ to pursue a master’s degree in Athletic Leadership.

“I am very proud to represent Castleton as an alum. I attended Castleton during a transformational time for the college and despite that, I feel as if I was given the full educational experience and then some.”

Shaughnessy fondly remembers both commencement ceremonies he was a part of. His favorite memories from his time on campus include move-in day each fall and his men’s lacrosse team winning the championship in 2013.

Shaughnessy, who is originally from Bellows Falls, Vermont, is currently working at Keene State College in New Hampshire.

“Castleton has had a huge influence on where I am today. Without the internship requirement of my program I would not have begun at KSC,” he said. “Castleton gave me a fantastic, multifaceted education that has helped me foster my skills and use them in a constructive way.”

With multiple professors having influenced Shaughnessy in his time on campus in extremely positive ways, he gives a lot of credit to his advisor for his success as a Spartan.

“Marybeth Lennox was with me every step of the way, both through classes and professional pursuits, offering guidance and help wherever she could. Despite being spread extremely thin due to all of her advisees, I never felt as if I were an after-thought or a burden to her and she always took time out of her day to help,” he said.

Initially attending Castleton due to its proximity to home, Shaughnessy returned for graduate school after finding his undergraduate component to have surpassed every expectation he had.

“Going to class and doing the work is the easiest path to success. If you do not do either of those you won't get far at all,” he said. “Step out of your comfort zone and allow the people that are trying to ensure your success do their job — you won't regret it for a second.”