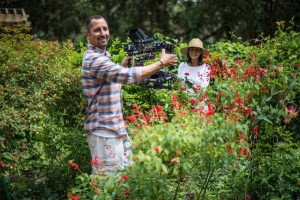 Communications major John Paluzzi was ready to use all that skills that he was taught at Castleton when he graduated in 1993.

Paluzzi was drawn to Castleton because of its size and location.

“Knowing my personality, I didn't want to attend a school where I would just be a number and not really know the majority of my classmates,” he said. “Castleton had a great mix of students from all different backgrounds, many of which I stay in close contact with to this day.”

Paluzzi currently lives and works in Fort Myers, Florida, but still values the impact that Castleton had on his life – personally and professionally.

“The way I form relationships and cherish those relationships was an integral part of my education at Castleton," he said. "I didn't just get an education on my career during those four years; I also learned how to conduct my life.”

Paluzzi recalls learning the importance of technology in his field of study from retired communication Professor Robert Gershon in his time on campus and the effect it continues to have on his career to this day.

“He taught us about the technology we would be working with when we faced the real world and, more importantly, taught us the appreciation and responsibility of our chosen career,” he said. “The ethics of journalism and the importance of telling someone's story. I think of Dr. Bob often and stay in touch with him to this day.”

Paluzzi says his favorite memory of Castleton is more of a feeling. Calling Castleton his home away from home, he says he especially misses the month of October when the colors of the mountains would really “pop.”

He believes that the continued growth and changes to the university will only help Castleton to excel in an ever-changing world.

“The changes that Castleton has made since I graduated have all been positive moves. Allowing the school to grow at a certain pace, but doing so without losing the charm that the school and town have always been known for,” he said.

Paluzzi hopes that current Castleton students appreciate the diversity of the university.

“My advice to Castleton students would be to embrace the culture and opportunity that the school provides,” he said. “Make it a priority to protect and value those relationships throughout the rest of your life.”