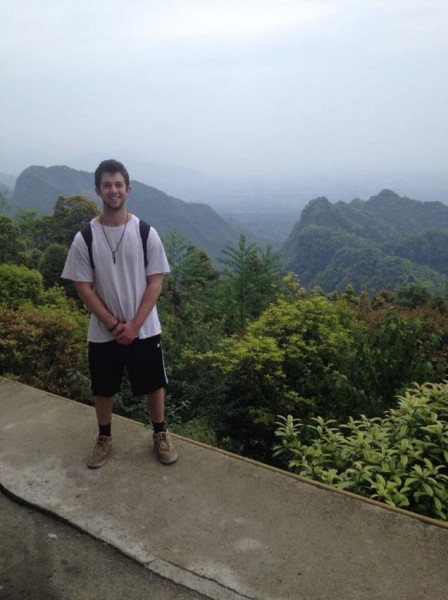 Eric Ginter’s decision to earn a Global Studies degree allowed him to take his educational journey far beyond the Castleton campus. Now as an alumnus, Ginter said he gained a wealth of knowledge and experience, all while having the opportunity to travel.

“Castleton has helped me develop a worldview that has increased my global awareness and cultural sensitivity,” Ginter said.

As a student, Ginter played a large role in the creation of the Castleton Chinese Club, the first of its kind on campus. As President of the club, Ginter organized cultural events and encouraged the greater Castleton community to pursue their interest in learning about other cultures. Also, a member of the University's History Club, Ginter's involvement around campus kept him constantly on the go.

“Castleton's tight-knit community has provided me with a greater sense of belonging,” he said. “People are genuinely interested in the wellbeing of others and professors are determined to see their students succeed.”

During junior year Ginter spent a semester abroad, studying the Chinese culture in Chengdu, China. His time abroad greatly improved his language skills, specifically the language of Mandarin, which allowed him to effectively communicate while in China.

“I have been exposed to both ends of the social spectrum thanks to the opportunities Castleton has offered me,” he said.

Castleton University offers both a major and a minor in Global Studies, which can help students gain a stronger understanding of how cultures connect to other cultures and countries.