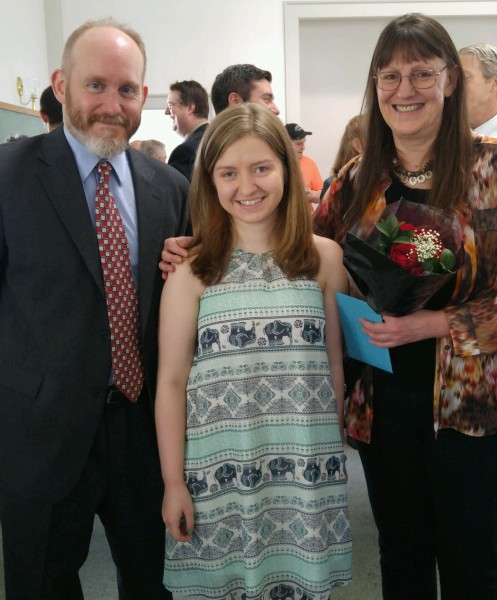 Castleton alumna Jennifer Cahee graduated with a Global Studies degree with a concentration on Europe and Human Rights in 2016.

Cahee knew that her curiosity extended well beyond the Castleton border, so she attended Alice Salomon University in Berlin, Germany for her master’s degree in Intercultural Conflict Management.

Cahee is grateful for Castleton helping her to pave her own way towards an explorative future.

“If it weren’t for Castleton, I wouldn’t have been able to study abroad in Berlin,” she said. “This allowed me to then return back for my master’s and will be returning for a job in my desired field of integration and refugee empowerment.”

During her time at Castleton, she developed close bonds with a few professors who she says supported and influenced her experience.

“Professor van der Spuy was my advisor and was always willing to meet with me and help me with anything I needed,” she said. “Having a great advisor like her helped me plan my time at Castleton successfully.”

She also gives credit to Professor Chill, who she said was her cultural immersion advisor when she studied abroad in Berlin in her junior year. Chill acted as her connection to Castleton, which she found especially helpful when she needed assistance abroad.

A Vermont native, Cahee says that attending Castleton allowed her to stay close to her family. She enjoyed Castleton’s small class sizes and knew she had always been looking for similar features in colleges. She says that being at Castleton also helped her contribute to volunteer work and giving back to her community.

Looking back on her college days, she has strong memories of Castleton, such as hosing a snow softball tournament to fundraise for the prevention of child abuse. She believes that Castleton’s faculty are dedicated to their students and are always willing to assist them, a trait she claims she hasn’t found in other universities.

When asked to give advice to current Castleton students, Cahee says, "take advantage of all of the opportunities at Castleton and try to study abroad.”