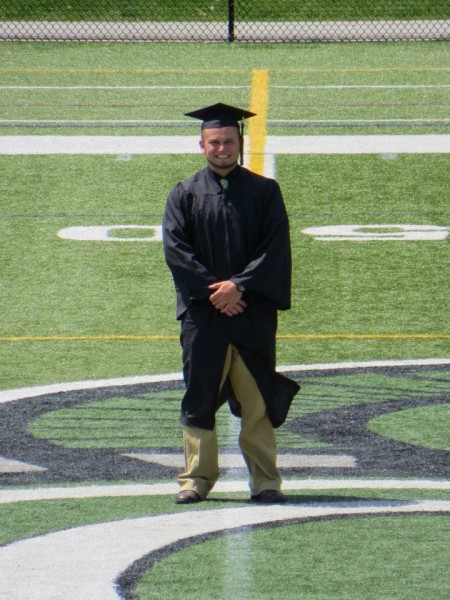 In 2009 Dan Senif suited up as an offensive lineman on the first NCAA varsity football team in Castleton University history, and with each season, he brought a new level of leadership to build the young program into a powerhouse by the time he turned his tassel in 2013.

According to Senif, his student-athlete experience was highlighted by the support and drive for the success he felt came from the university.

“The coaching staffs that we had were unparalleled,” he said. “The first day of training camp freshman year, we were told that by the time we were seniors, we would be playing for an ECFC Championship, and we did just that.”

Furthermore, Senif said the modern Glenbrook Gym, Fitness Center, and Spartan Stadium for training and competing was a substantial factor in his success.

As an athletic training major, he said he had the advantage of garnering the full Castleton athletics experience with the opportunity to work with a variety of sports over his four years of study.

After graduation from Castleton, Senif continued his education at Temple University, where he earned his Master’s of Science in Kinesiology. In 2015 he crossed the country to complete an advanced athletic training fellowship with Stanford University. Today he resides in Hamilton, NY as an assistant athletic trainer for Colgate University and works specifically with the women’s soccer and lacrosse programs.