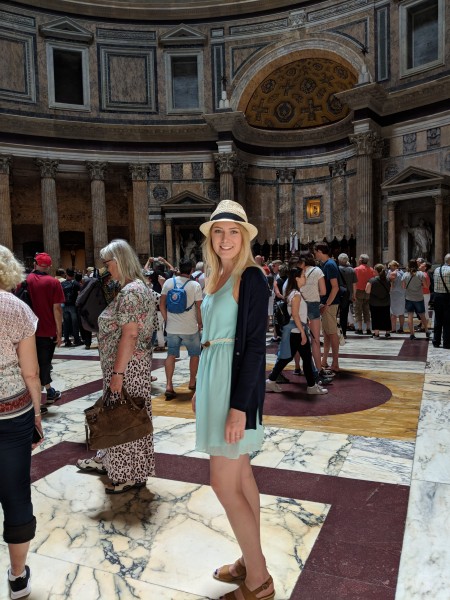 Castleton was a good balance for Jessica Babcock. Hailing from Vermont, the Health Science degree, she said the in-state tuition, the small campus, and the friendly people allowed her to be able to play softball while focusing on her studies.

“The positive atmosphere created by the school and the community really made it a peaceful place to learn and grow as a person,” Babcock said.

According to Babcock, Castleton was where she discovered her passion for health sciences. She added that the small class sizes and enthusiastic instructors contributed to her excelling in her academics.

“Castleton is unique compared to other institutions because you are more than just a number,” she said. “In the classroom, you have the opportunity to interact with your teacher and get one-on-one help with the coursework.”

In addition to the relationships she developed in the classroom, Babcock said that Castleton’s family atmosphere extended to the softball team, where she was a proud member. She said it was her strongest memory of the school and that she made many life-long friends along the way.

“I wouldn’t trade the experience for anything,” she said.

The 2016 graduate is currently living in the greater Boston area, where she is working and pursuing programs for a Doctor of Physical Therapy degree. As an alumna, she stated that she is optimistic about what the future holds for Castleton with a new female president and with the athletic team's recent transition to the Little East Conference.