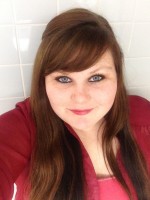 As a first-generation college student, Lyndsay Christman said Castleton provided her with all the resources she needed to be successful from day one. By attending an open house in the fall of her senior year of high school, she was able to not only visit the campus but also discover an interest and gather information about her major and establish a connection with a professor within the department.

Although she originally intended to pursue a degree in psychology, Christman said the Social Work Department information session she attended during the open house captured her attention.

"I was so lucky to be able to attend the afternoon session," she said. "I was so relieved I had found exactly what I wanted to major in. I had gone from never hearing of the University to deciding Castleton would be my number one choice for my college career."

That summer, Christman enrolled in the Summer Transition Program, which helped her to develop the skills necessary to adjust to a college lifestyle before first-year orientation.

"This program aided me tremendously in transitioning from high school to college," she said.

As a result of her positive experience, Christman decided to take on the role of a Lead Mentor for the Summer Transition Program as well as a Student Orientation Staff member to help incoming students find their niche at Castleton.

As a social work major, she was also able to add a sociology major to her impending degree. She was able to benefit from the program's accreditation by the National Association of Social Workers. Christman said Castleton's accreditation, which is the only one among Vermont state colleges, accounts for one year of graduate study.

"I know that when I left here, I was very prepared to work in the field as well as prepared for graduate-level studies," she said.

From the classroom to her extracurricular involvement, Christman said Castleton helped to grow as an individual and prepare her for her future.

"Castleton was small enough that I did not feel like just a number or a face in a classroom, but large enough to offer great opportunities to its students," she said.