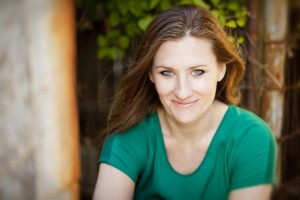 Never shy of the spotlight, Lauren Anne Martin took Casella Theater by storm as Castleton ignited her passions and refined her talents for the arts.

“Castleton was a nurturing environment that allowed me to discover and develop many skills,” she said.

Martin graduated from Castleton in December of 2006 with a Bachelor of Arts in Theater with a concentration in Acting and Directing and a minor in English. She went on to audition for her Masters of Fine Arts at the University of Alabama and received a full scholarship at the Alabama Shakespeare Festival for Professional Actors Training.

Although she has ventured far from the Green Mountains, Martin cannot be torn from the arts. Today, she is living in Chicago working as a theater director.

While at Castleton, her over-populated urban roots allowed her to develop an appreciation for a rural lifestyle and the connections that can be formed in such places.

“Vermont gave me the opportunity to learn how to ski and get my boating license,” she said. “The size and setting made it so I knew almost everyone on campus.”

With Castleton’s personable academic environment Martin said she was able to establish connections she maintains to this day.

In the Theater Department Martin developed relationships with professors Harry McEnerny and Lisa Kramer and credits them with sparking her interests in professional pursuits of acting and directing.

“Lisa was my first director,” Martin said. “She had a passion for theatre that was contagious. Now I am happy to call her my friend.”

Branching out of the Fine Arts Center, Martin became enthralled by the English literature lessons of Professor Joyce Thomas.

“I never planned on being an English minor but Joyce’s classes were so compelling that’s what I ended up doing, “ Martin said. “She demands your attention and she got it from me every time.”

Outside of the classroom, she developed a strong relationship for the University’s former President Dave Wolk and respected his appreciation for student activities.

“He came to all the shows at the FAC and I am so grateful to him,” she said. “He was there throughout my college career as a gentle guide and a constant support.”

In recollection of her undergraduate career, Martin said her Castleton experience could be defined by a single moment of her last performance in Casella Theater.

“I had a line in the play, ‘You looked at me and everything was different,’ that I remember as being really powerful because it encapsulated my time at Castleton, especially in the theatre department,” she said.

To all those who now call her alma mater home and for those who one day intend to, Martin advises that they take advantage of all that Castleton has to offer.

“Get involved in the community and develop relationships outside of academics,” she said. “You will not get that chance again in the same way.”