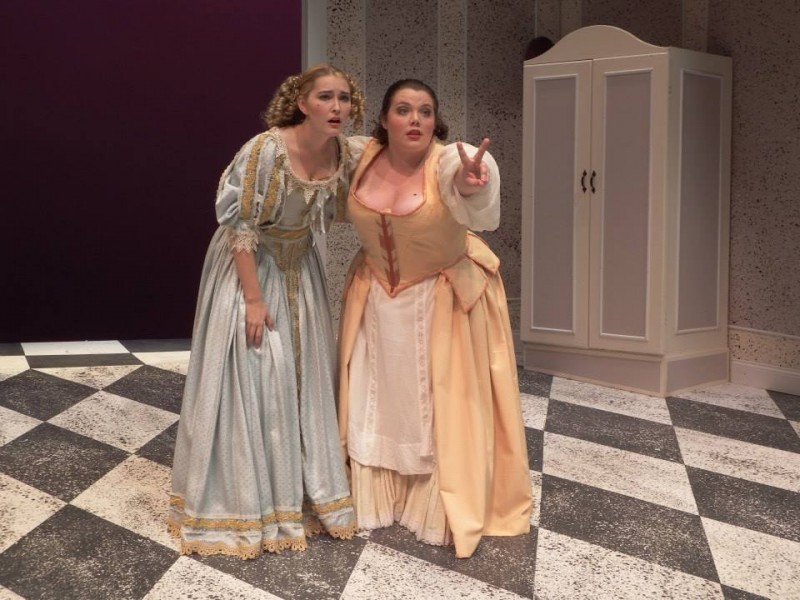 Shortly after visiting campus in 2009, Theater Arts major Meghan Hakey realized Castleton was her ideal home away from home, but at that time she had no idea she would get to enjoy it for an additional two years after her undergraduate degree was complete to earn a masters.

“There is just something about the way Castleton makes you feel when you step foot on the campus. It's as if you have simply walked into the next phase of your life without ever being a stranger to a new place,” Hakey said.

She, like many other students, got more out of the college experience than just a degree at Castleton. During her first four years, Hakey joined the Student Government Association, became deeply involved in the Theater department, worked with the Student Orientation Staff, was President and Vice President of Alpha Psi Omega, a Building Manager, and since 2014 she has been the Graduate Assistant for Student Life.

“Castleton is what you make it and it's the kind of institution where you get back what you put in ten fold and then some,” said Hakey.

She said it’s because of the exceptional facilities, the people of Castleton and everything about the Theater department that made her feel like she had finally found the place where she truly belonged.

Two of her biggest influences at Castleton have been Theater Professor Harry McEnerny and Assistant Dean of Campus Life Victoria Angis. She said they have helped mentor and shape her into becoming her own person with her own style.

It was the lessons and skills they taught her that transformed her into the strong leader Hakey is today.

“There is this part of Castleton that always stays with you no matter where you go or who you meet, you always have #343 green blood coursing through your veins,” Hakey said.