Home Alumni & Giving Give Be a Part of Castleton’s Future

Be a Part of Castleton’s Future

In giving to Castleton you have the opportunity to play a role in the university's growing success. Donations from our generous alumni and friends have and continue to make a difference in the institution and its future students. 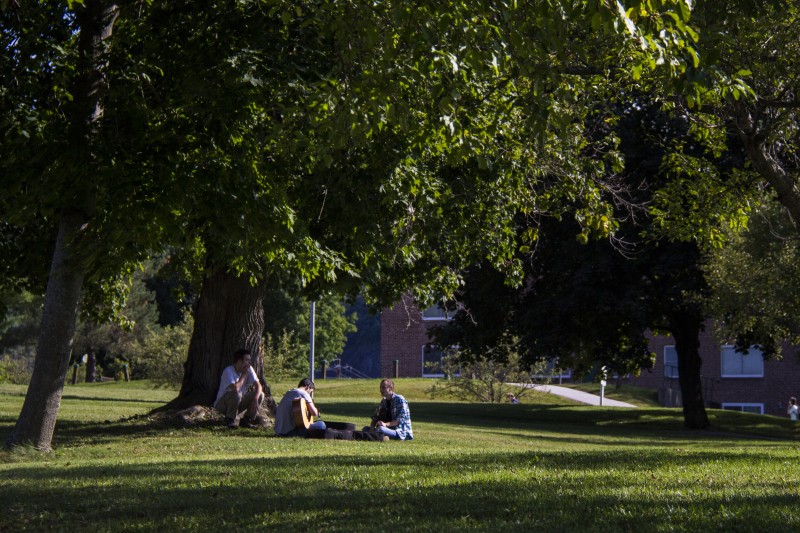 The fall of 2012 marked the completion of Project 2012, Castleton’s ten year plan that focused on developing the campus and its facilities. With the Campus Center being the first, Hoff Hall marks the second building on Castleton’s campus to be awarded a gold ranking for Leadership in Energy and Environmental Design.

Project 2012 also included the construction of the Castleton Pavilion, which is the largest venue of its kind in the state of Vermont. The pavilion is the new site for our commencement ceremony and is ideal for large campus events, summer concerts, winter ice-skating, weddings and much more. Additionally, over the ten years the University witnessed a new Facilities Barn, residence hall renovations and more. Many of these campus improvements were made possible by the generosity of our donors.

With the completion of Project 2012, Castleton President Dave Wolk announced his initiatives for the next ten years. To occur over the next decade, The Castleton Plan aims to expand academic programs and facilities to increase student enrollment across all areas, increase staffing and to increase investment and commitment in the Rutland area.

As “a university on the move,” Castleton has high expectations to continue to provide a high-quality liberal arts education to its talented students.

Castleton alumni and family members of alum are the university's most loyal and consistent supporters. Together we can achieve great things.