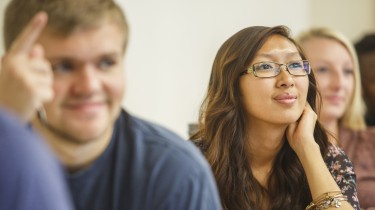 Serve Your University Through SGA

Are you interested in serving on the Student Government Association? Complete your application today!

Student Government Association meetings are open to the entire campus community. If you have something you would like to have addressed at a future meeting, you can contact Director of Student Activities Matthew Patry.

As the Student Government Association of Castleton University, we value being dedicated and knowledgeable representatives that serve the student body and surrounding community at large. We pride ourselves in providing channels to all students – resident or commuter, traditional or non-traditional, full- or part-time status – for overall development in both academic and co-curricular endeavors. We aim to serve our students through our three branches, including Congress, the Campus Activities Board, and Student Court. Through collaboration between these three branches, we serve as the voice of the students.

We are passionate about civic engagement and student involvement in and out of the classroom. Additionally, we strongly aim to help students develop skills that will be beneficial to them both now and after graduation. We strive to enlighten students about who we are, what we do, and why we do it.

Serve Your University Through SGA

Are you interested in serving on the Student Government Association? Complete your application today!