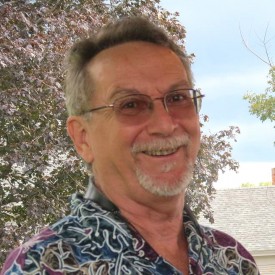 Court Gettel grew up in Rockland County, NY. Gettel's father taught in the Music Department of The City College of New York for 25+ years, and also at the Graduate Summer School for Teachers at Wesleyan University. Following in his footsteps, he also became interested in almost everything - all of the Fine Arts, making things, technical subjects, music, science, etc. It was hard for him to focus on a single subject in college, and Gettel branched out in many directions in course work as well as extra-curricular activities, primarily musical theater, but also including racing bicycles.

Achieving burnout as a freelancer was inevitable. Gettel returned to school as a student at Castleton University and completed an A.S. with Highest Honors in computer programming in one year, eventually getting work as a programmer for a small firm in Montpelier, working on contract software for the Mac, 6 months after it was introduced. After 23 years in this field (while continuing to teach music at Castleton), he is now doing only music, still at Castleton, which has been an important part of his life for nearly 40 years.