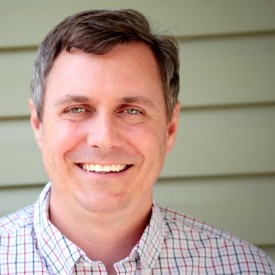 A native of the Gulf Coast community of Robertsdale, Alabama, Dr. Tim Rice is a career online educator and coach. Rice graduated in 1993 from Mobile College, now known as the University of Mobile, in Mobile, Alabama with a degree in physical education and a minor in history. He was an NAIA All-District and All-Gulf Coast Athletic Conference performer in cross country during his collegiate career at Mobile, leading the Rams to three NAIA National Championship Meets. In addition, he served as a men’s basketball student assistant for NAIA Hall of Fame Coach Dr. Bill Elder. He received masters and doctoral degrees in sport management from the United States Sports Academy in 1999 and 2005, respectively.

Dr. Rice has been in higher education for over 15 years at colleges and universities across the country. He has served in coaching and administrative roles at the NCAA Division I and III levels, NAIA and NCCAA levels, and at the high school level during his career. He has served as a head collegiate coach in basketball, cross country, golf, and soccer during this time, as well as serving in the roles of Sports Information Director and Athletic Director. He has also coached high school basketball and track and field during his career. In addition, he served in the business world as a professional fundraiser. He directed the Start! Denver Heart & Stroke Walk for two years and led his volunteer teams to raise $1 million during this period. Many of Rice’s former student-athletes have gone on to become sport coaches and administrators.