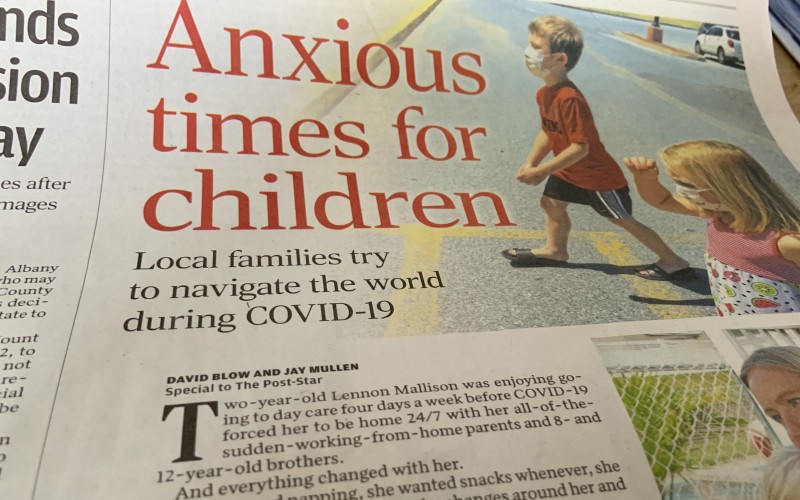 Some students can only dream of following in the footsteps of their professors. Jay Mullen went ahead and did it.

Mullen '20 is beginning his professional career at Manchester Media in Granville, NY – just as Media & Communication Professor and Castleton alum Dave Blow did.

"It puts a good thought in my head that I'm heading in the right direction, knowing that he started there and [former Glens Falls, NY, Post-Star reporter] Don Lehman also started with Manchester Media. They ended up being pretty big names in local journalism. I'm hoping to move forward the way they did in the field," Jay said. 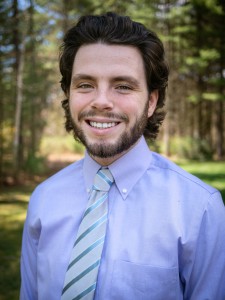 Mullen graduated with a Media & Communication degree with a concentration in journalism, and also served as sports editor for the Castleton Spartan, which was awarded second place for Best Newspaper at a four-year institution with less than 5,000 undergraduate students enrolled. In his new role at Manchester Media, he primarily reports for the Whitehall Times with his stories also appearing in the Granville Sentinel. The job provides a variety of valuable experiences as he will be able to cover events, write hard news stories and features, proofread, and design pages.

"When I worked for the Spartan, I was primarily the sports guy. Toward the end of my time at Castleton, I was trying to get into more hard news and feature stuff. I think that helped me get into this role more easily," Jay said.

Some people are hard-wired to be storytellers. It's true for Jay, and it's also true for Dave, who stays active in the field as a journalist. The pair recently teamed up for a freelance assignment at The Post-Star.

"I think I was doing freelance work and finishing up an article. I get a text from Dave that says, 'I think we should write a story together,'" Jay said. "I was taken aback because Dave played such a large role in my wanting to do this. It was a surreal experience because we had done similar things at the school, like when he would come help us cover a meeting. It was one-on-one learning from a guy who I consider not only my mentor but a friend. It was an honor and a humbling experience."

The article focused on parenting during the COVID-19 pandemic. It was a rewarding experience for both Jay and Dave.

"I had never collaborated with a former student on a story before, but after Jay had already done some freelancing for The Post-Star, I got the idea to give it a try," Dave said. "To see that co-byline on the front of the Sunday paper just felt so good. I hope it felt just as good for him."

Castleton's Media & Communication program is focused on producing storytellers, regardless of their choice of media, which creates a versatile degree that can be applied to many career fields.

"Castleton has its finger on the pulse of what the market and what the world looks like outside of the University, and they are preparing people who want to get into the communication realm. They all do a really great job at it," Jay said.

Jay credits several Castleton professors with shaping him into the storyteller he has become, including Department Chair Michael Talbott, Assistant Professor Sam Boyd-Davis, and, of course, Dave Blow. Dave said Jay will be insanely busy as a community journalist and can use that experience to climb the journalistic ladder to bigger daily papers.

"Jay has a passion for storytelling, like I did at his age and still do, and we need good journalists in this world, perhaps more than ever these days. When I learned he was hired at the Granville Sentinel as a reporter, it brought back a flood of memories for me from 30 years ago when I was a fresh Castleton State College graduate starting my career there, Dave said. "As a professor, I try to ooze out the passion I have for journalistic storytelling into students, and when students like Jay are receptive and become great storytellers themselves, I'm not sure there's any bigger professional reward."