Home News & Media Be The Match 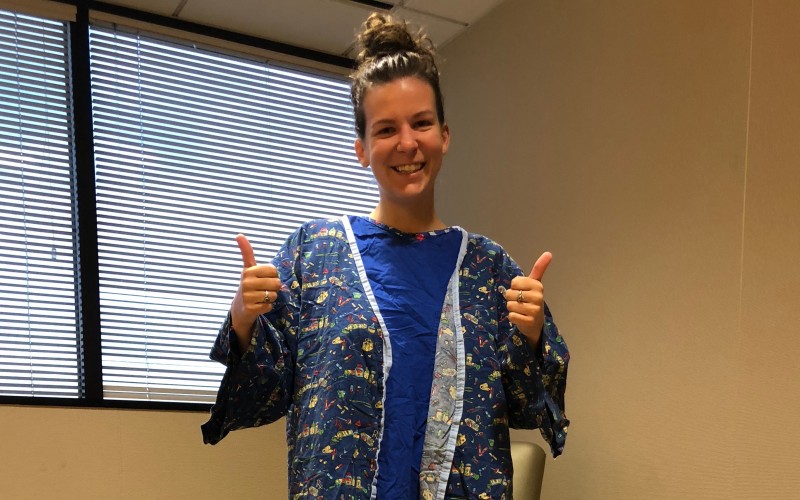 Last spring, Jessica Potash ’15, ’17 received a call that would not only change her life, but would save someone else’s.

Potash was a senior when she joined Be The Match, an organization that provides support and resources for individuals diagnosed with blood cancers, their families, and health care professionals. It also oversees the largest and most diverse marrow registry in the world. 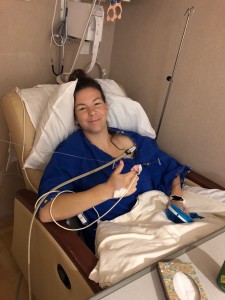 “Castleton held Be The Match drives, and I’m not going to lie, I heard ‘bone marrow’ and immediately was intimidated,” Potash said. “But my senior year there was a drive and I spoke to the representative there and she educated me about Be The Match. She helped me realize that one procedure can help save someone’s life and all I needed to do at that point was send in a swab of my cheek.”

Three years later, outside of her office in New York City, Potash’s phone rang; It was Be The Match calling.

“I remember feeling several different emotions, but mostly I was very excited. They told me the general information and I immediately started tearing up, especially after I was told I was a perfect match for my recipient,” she said.

During the call, Potash learned that she would soon be one of many Castleton alumni who have donated marrow, something that made her “even prouder to be a Spartan.”

A month later she was at the hospital, with doctors drilling four tiny holes into her pelvic bone, using long, hollow needles to extract bone marrow. Within three weeks, Potash was “basically back to 100 percent.” Because the rules of anonymity associated with bone marrow donation are very strict, she knows little about her recipient, except that he or she is also doing well.

“All that I have now are four scars on my back from the incisions” she said. “I’m extremely proud of those scars.”

Potash is in good company. 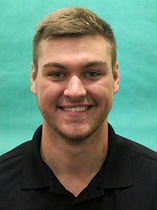 Wyatt Prue, a senior from Westfield, Vermont, was tested and registered for bone marrow donation alongside many of his teams. Because the likelihood of getting the call that you might be a match is slim, Prue was surprised when he received the initial call.

Prue began a series of trips to a nearby hospital to undergo testing and receive injections to help grow his stem cells. Like Potash, Prue learned that he was a perfect match for his recipient, who was a grandmother.

"He decided without hesitation to help the person," said Blaise Zambrano, the football team's defensive coordinator. "It is because of him that a grandmother will have more time with her children and grandchildren and get to grow old with her spouse."

Prue was recognized as a hero at the University's football awards banquet in March.