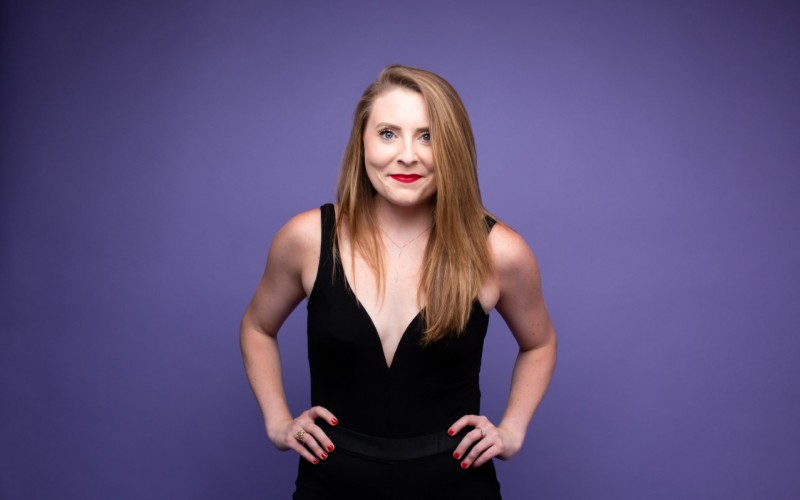 Castleton alumna Molly DeMellier ’14 has made a name for herself in New York City with her professional career in public relations, but it's her time spent at Castleton that she credits with leading her to her dream job.

The Norwich, New York, native’s communication career began the moment she stepped foot onto the Castleton University campus. Immersing herself in the Media and Communication department, she joined the Castleton Spartan during her sophomore year and later served as the student newspaper's editor for two years. She also interned in the Castleton Advancement Office, where she was introduced to the world of public relations.

“I think that played such a massive role in where I took my career and where I went for graduate school,” said DeMellier.

After Castleton, she moved to New York City and received her master’s in Public Relations and Corporate Communication from NYU. She currently works as an Account Executive for LaunchSquad, where she focuses on media relations.

Through her company, DeMellier has had the opportunity to work alongside several entertainment companies, including Netflix, iHeart Media, and Getty Images, whom she regularly helps to pitch reporters and draw out narratives throughout different times of the year.

“Sometimes we do work heavily around product launches and then also larger company narratives,” DeMellier said. “We build what we call thought leadership platforms for our spokespeople. I get to spend some time writing op-eds as a ghostwriter, which has been really interesting to adapt my writing to some else’s voice.”

Being in an epicenter for news and media has prepared DeMellier to work flexibly and on her feet, allowing her to make quick and thoughtful decisions for big companies.

“Everything we do is on a team. It’s also learning and supporting a team dynamic,” she explained. “I absolutely love what I do.”

In addition to her professional endeavors, DeMellier launched her own podcast, Shooters Gotta Shoot, in October. She and Comedian Erica Spera bring their “baggage” to the show, covering important topics such as family life, personal struggles, and dating. 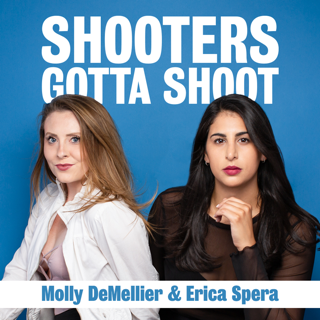 The goal of the podcast is to provide strong, thoughtful content and help break stigmas surrounding dating and relationships. Their virtual show has already gained a large number of followers and now features prominent guests, including comedian Jared Freid.

“We’ve had some of these huge names in the dating/relationship podcast game buy-in really early, which has been so incredible and heartwarming at the same time,” she said, adding that the two plan to expand their podcast to the West Coast as Spera prepares to move to Los Angeles for further her career in comedy.

DeMellier will return to her alma mater in September. She and Spera will produce their first live podcast in the Casella Theater. Additionally, the pair will work directly with students on campus and run a podcasting workshop.

“I think it will be a great venue for students,” she said. “We’re so pumped about it.”