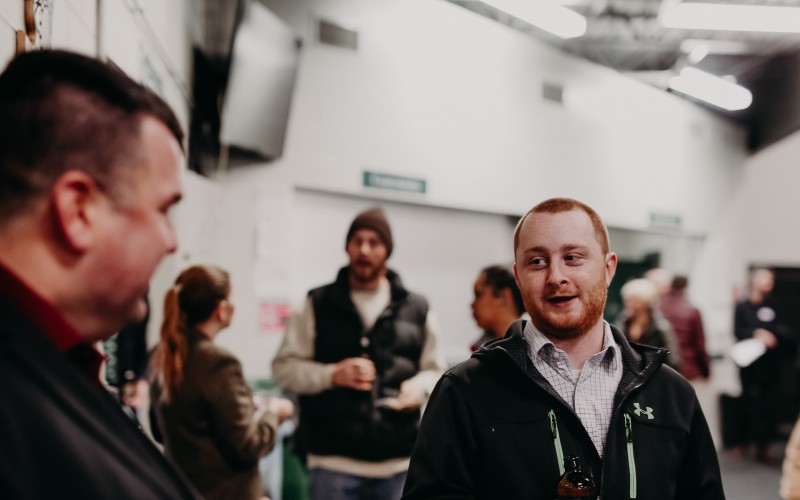 Rutland Young Professionals (RYP) is an all-volunteer, all-inclusive organization that engages with the greater Rutland community, creating social and professional networking opportunities while building a community that attracts and retains young professionals. The nonprofit organization was established in 2013 and connects young professionals with jobs, volunteer and mentorship opportunities, professional development, and more. RYP has no paid staff and its mission is supported by a dedicated team of volunteers, including an 11-person board of directors.

Vanessa Robertson ‘17 is entering her second year on the RYP board. The Political Science major, who grew up in Rutland, left the area to continue her education at University of New Hampshire’s Franklin Pierce School of Law. She returned to the Rutland Region after graduating, and now works at Facey Goss & McPhee P.C. While a student at Castleton, Vanessa was elected to the Rutland City Board of Aldermen. In addition to being a board member, Vanessa previously served as RYP’s events committee chair.

Dylan Watts ‘17, G’18 is a newcomer to the RYP board but has been an active member of the organization for several years. Dylan earned his bachelor’s degree in Business Administration at Castleton before returning to complete his master’s degree in Accounting. Dylan currently works as assistant vice president, business lender for Heritage Family Credit Union. He is currently serving as RYP’s treasurer.

Elicia Pinsonault ‘12, G’21 is president of Rutland Young Professionals. She’s entering her third year on the RYP board, and has been an active member of the organization since 2017, having previously served as marketing committee chair and events committee chair. Elicia holds a bachelor’s degree in Communication, concentrated in journalism, and a Master of Business Administration and currently serves as communications coordinator at Castleton.

Amy Laramie is RYP’s president-elect, and will take the reins of the organization in July 2022. While Amy is not a Castleton alumna, she did earn her degree in Resort & Hospitality Management from Green Mountain College. After GMC’s closure in 2019, Castleton established a similar program. Today, Amy is involved in Castleton’s Resort & Hospitality Management program, helping Castleton students gain real-world, hands-on experience at Killington Resort.

Six Castleton alumni have served on the Rutland Young Professionals board of directors since 2014.