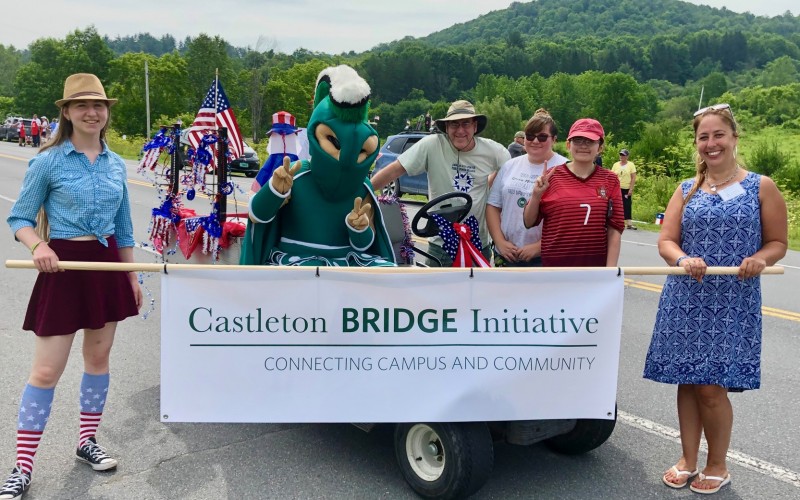 Mary Droege, a faculty member and biology lab and greenhouse manager, first discussed the idea at a Bridge Initiative meeting just a couple months earlier, and everyone agreed it was a terrific opportunity to showcase our members’ many talents while providing another opportunity for collaboration between Castleton University and the Town of Castleton.

Children enjoyed trying their hands at disc golf, thanks to Matthew Patry, who handed out nearly 100 discs at the Castleton Disc Golf Course; playing with giant bubbles, compliments of the local Community School Organization; and old-fashioned games organized by the Castleton Recreation Committee. Everyone listened to music by the Green Brothers Band, whose musicians (including Castleton's Phil Lamy) played non-stop under the hot sun.

Castleton University also had a float in the parade, which preceded the party, making the whole day a true collaboration between the University and the Town.