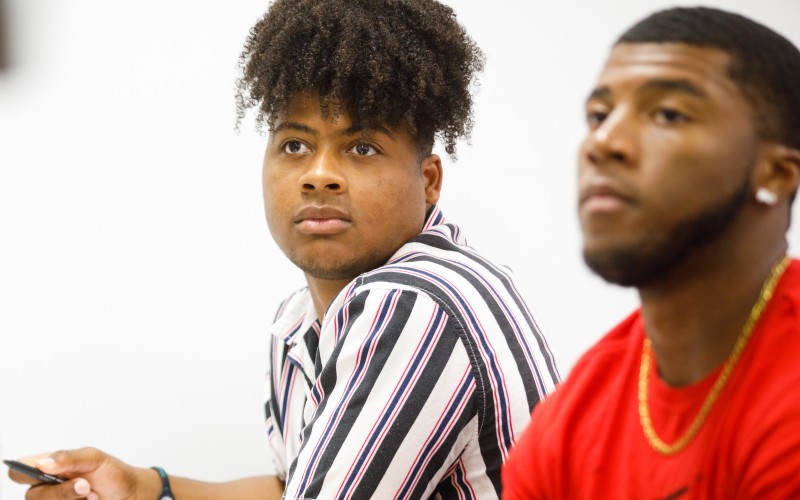 February is Black History Month. Castleton University is honoring the month with some facts, as well as recommendations for creative works made by or in collaboration with black creators through the newly-launched Beyond the Classroom initiative.

Black History Month is the annual celebration of achievements in society, culture, and U.S. history by Black Americans. Recognizing that Black Americans' accomplishments were often left out of American history, Harvard-trained Historian Carter G. Woodson and Minister Jesse E. Moorland created the Association for the Study of Negro Life and History in 1915. Its purpose was to research and promote the achievements of Black Americans and other peoples of African descent. More than a decade later, Woodson’s group sponsored the first Black History Week, picking the month of February to honor Abraham Lincoln and Frederick Douglass’s birthdays. President Gerald Ford recognized Black History Month in 1976. He asked the public to “seize the opportunity to honor the too-often neglected accomplishments of Black Americans in every area of endeavor throughout our history.” Since then, the sitting U.S. President has designated February as Black History Month. Each year, Black History Month has a theme. The 2021 theme is “Black Family: Representation, Identity, and Diversity.”

Castleton has launched Beyond the Classroom, a recommendation program for faculty, staff, and students to coincide with Black History Month. Below is a short list of music, books, television shows and films, podcast episodes, and other creative works made by or in collaboration with black creators. Beyond the Classroom is meant to celebrate these works, to provide educational resources, and to help us advance our passions and our work by pushing ourselves out of our comfort zones. This is not an exhaustive list and we hope members of our community will continue contributing works that will benefit others.