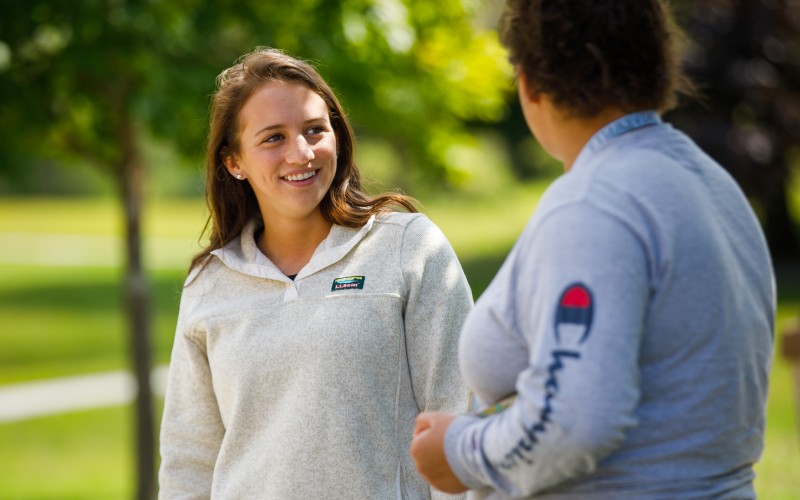 In its annual college guide and rankings, Washington Monthly ranked Castleton No. 28 in its list of “2021 Bachelor’s Colleges.”

In its national list of bachelor’s colleges, Washington Monthly ranks liberal arts colleges – four-year institutions that award almost exclusively bachelor’s degrees ­– based on their contribution to the public good in three broad categories: social mobility, research, and promoting public service. Castleton is the 10th ranked public college on the list and the only Vermont college or university recognized in that category out of 244 public and private colleges across the country.

Washington Monthly also named Castleton as a Best Bang for the Buck College in the Northeast. Colleges named to this exclusive list are recognized for being affordable to students of modest means. At No. 77, Castleton is the highest-ranked public college in Vermont in that category. The only Vermont college ranked higher is Middlebury, which was ranked 25th out of 393 colleges and universities.

“We are proud of these rankings because they are a reflection of our commitment to providing an accessible, affordable, high-quality education for all,” said Castleton University President Dr. Jonathan Spiro. “We often tell students to make a difference here before they go out and make a difference in the world, and these rankings demonstrate that they have the tools and skills to do just that.”

Since 2005, Washington Monthly has been ranking colleges and universities. The bimonthly nonprofit magazine focuses on politics, government, and public affairs. Washington Monthly’s college rankings are based on a sample of 1,466 institutions, including public, private nonprofit, and for-profit colleges.