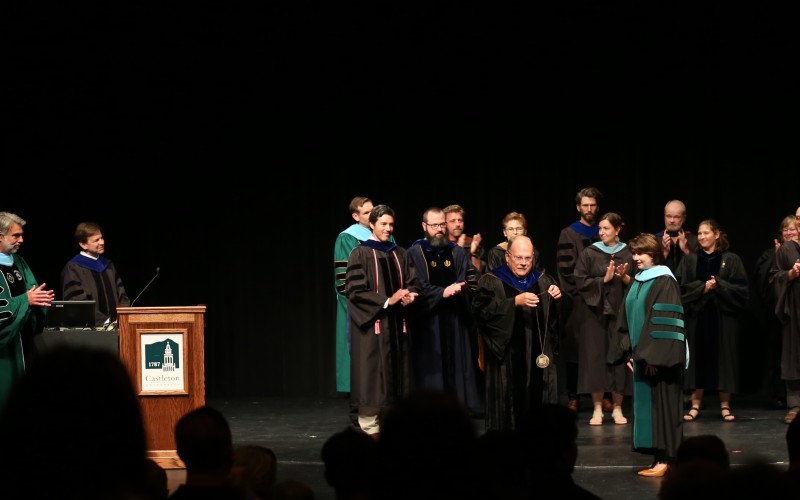 Castleton University officially installed Dr. Karen M. Scolforo as its tenth president of the modern era on Thursday, August 30 as part of its Fall Convocation ceremony in the Casella Theater.

Dr. Hindes illustrated the importance of symbolism and ceremony to higher education as he told of the significance of the chains of office he had just placed around Dr. Scolforo’s neck. “The medallion’s chain has been described as representing a number of things,” Hindes said. “My favorite portrays the links as the connected constituents of the presidency—students, faculty, deans, staff, alumni, host communities as well as the essential disciplines of teaching, scholarship, research, and service. All links connected to and supporting the University Medallion.” He also referenced the medallion’s weight as a reminder to the wearer that they carry a burden as “leader, manager, and servant.”

Dr. Fleche reminded the audience of Castleton’s history, mentioning that the presidency is beholden to the ideals of Caroline Woodruff who quoted scripture after a devastating fire destroyed the Old Seminary Building, the precursor to today’s Woodruff Hall. “The school had lost most of its classrooms and offices in the blaze, and now faced an uncertain future,” according to Fleche. “President Woodruff sought guidance in scripture. She opened the Old Testament at random and found on the page the following quote: ’And the glory of the latter house shall be greater than that of the former.’ She inscribed the quotation on the newly built Woodruff Hall, and, in the process, offered the school a guiding statement for the modern era.”

All three speakers provided a strong voice to the belief that Dr. Scolforo will lead the university into a bright future, punctuated by Chancellor Spaulding, who said “my responsibility as Chancellor is to ensure the strength and future of all of our colleges and universities. But I am also a proud cheerleader and today it’s easy to cheer for Castleton University. We have an outstanding leader to lead this institution to new heights and it will be my pleasure to watch, assist, and cheer along the way.”

As part of its convocation ceremony, Castleton honored new faculty and staff members and the Alumni Association bestowed Doug DiSabito, Vermont States Attorney of Grand Isle County with its Outstanding Alumni Award. DiSabito remarked, “I am proud to be a Castleton graduate and it is humbling to learn that Castleton is also proud that I am a graduate.”

President Scolforo ended the event with her own address that illustrated a bright and promising future for the university which recently welcomed over 700 new students, a 20 percent increase from last year’s entering class, thanks to several new initiatives already underway.

The central tenets of Dr. Scolforo’s presidency have already shown to be a commitment to transparency, transformation, collaboration, and innovation. She lauded the efforts of the admissions team who cultivated the incoming class and pointed out that the University of just under 2,000 total students, boasts representation from 36 countries and 26 states. “Diversity opens us all up to new ideas, new experiences, and forces us out of our comfort zone,” Scolforo said. Scolforo referenced a chance meeting with a new student from Tibet who sought her out just before the ceremony to give her a gift and explain that in his culture it is customary to seek out the organizational representative and present them with such a gift. The card that accompanied the gift was inscribed “I choose Castleton and Castleton has chosen me.” Scolforo felt much the same way when she was first selected as university president and was moved to share the story.

Scolforo concluded her remarks by encouraging all in attendance to be involved, to collaborate and help guide the university into the future. 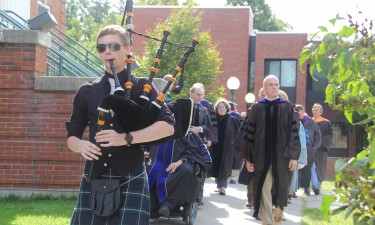 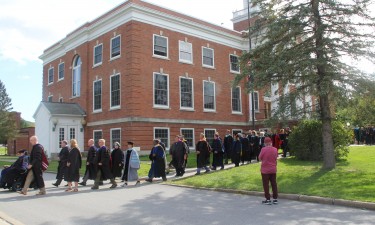 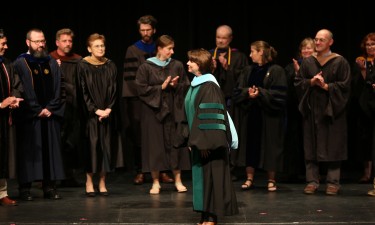 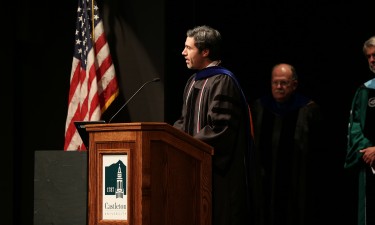 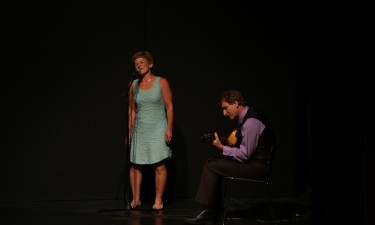 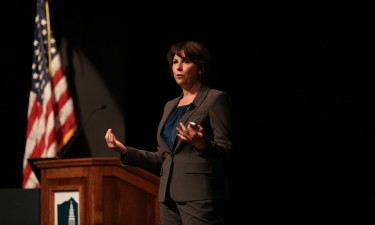 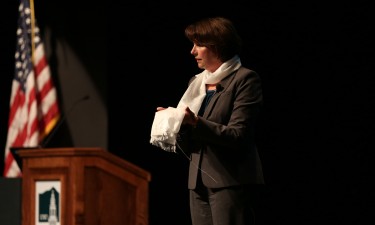 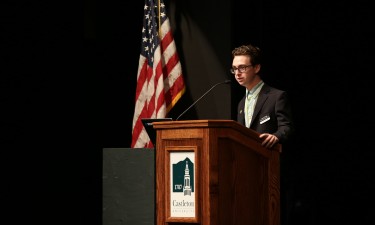