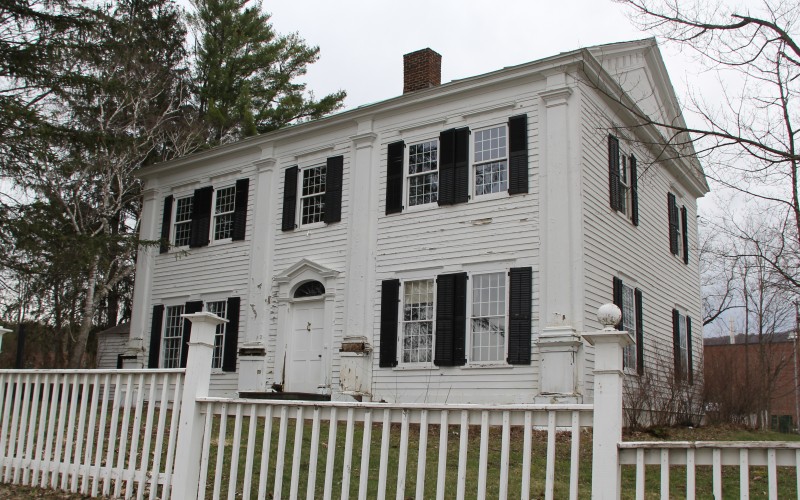 Castleton University has received a $200,000 grant from the Alma Gibbs Donchian Foundation to support the revitalization of Granger House.

“I am grateful for the generous support of the Alma Gibbs Donchian Foundation,” said Castleton University President Dr. Karen M. Scolforo. “The Granger House is an important historic landmark and this grant is a key piece for the University to move forward with this project.”

Following the renovations, Granger House will become a focal point for the campus and village community, serving as the new residence of the University president and the setting for campus, community, and philanthropic events.

The revitalization project aims to protect and preserve Granger House as a cultural heritage resource and prepare it for use as a modern residence.

Granger House was designed and built by Noadiah Granger around 1800, and serves as an important example of Federal-style architecture from the early history of Vermont. It was entered into the National Register of Historic Places in 1979 as part of the Castleton Village Historic District and is one of the oldest homes in Castleton.

The home, acquired by the University in 2012, features one of the outstanding spiral staircases by the noted Vermont architect and craftsman Thomas R. Dake.

“Aunt Alma – and all of her siblings – went to Castleton when it was the Normal School, and she remained fond of it until her death,” said Holly Hitchcock, director of the Alma Gibbs Donchian Foundation and Alma’s niece. “She would particularly approve of the intended re-use of the truly wonderful Granger House as the President’s house.”

About the Alma Gibbs Donchian Foundation

Alma Gibbs Donchian attended Castleton in the 1920s when it was known as the Castleton Normal School. The Alma Gibbs Donchian Foundation provides assistance for issues affecting the elderly, education, community preservation, and programs supporting the furtherance of self-reliance, respect for tradition, the value of work, and other values.

The Foundation has previously supported the renovation of Castleton’s Old Chapel and a major campus landscaping effort.