Dr. Karen M. Scolforo to step down as President of Castleton University 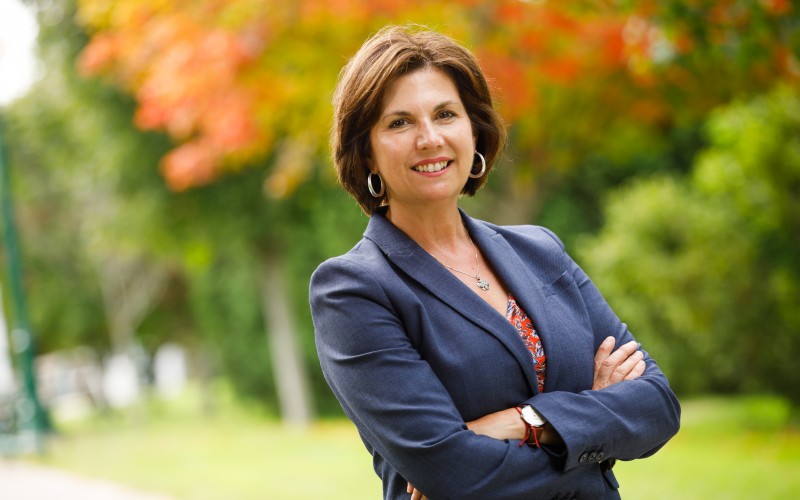 Dr. Karen M. Scolforo will step down as president of Castleton University on May 31 following nearly three academic years of success.

Churchill Hindes, chair of the Vermont State Colleges System Board of Trustees, said at Wednesday's board meeting that Dr. Scolforo exceeded his expectations in her role as president.

“I want to express my thanks for you. The transition that you began, a lot of people said ‘how in the world is this ever going to happen?’ We had a president in Castleton that was almost bigger than Castleton, and we knew it would take a remarkably talented individual to move in and establish a new presidency, a new spirit at Castleton while honoring the past and still becoming, in short order, the new face of the university,” Hindes said. “And, you pulled that off better than I ever could have imagined. And then you transitioned into tackling the very difficult work of balancing a budget, of doing it in a way that Castleton didn’t lose its pride and its momentum. And, again, I don’t know what we would have done if you had not done that as well.”

The VSCS Board of Trustees will appoint an interim president to serve until a permanent replacement is found.

Chairman Hindes praised Dr. Scolforo for the character and humanity she brought to Castleton.

“And, you also bring to us something that I think is rare in a leader and that is your willingness to show your humanity, and especially your relationship with your family. I don’t know how many times I’ve told people that if you know Karen, you know the family, you know her kids. You can see it in her face. You walk into her office and you see it on the walls, and that speaks so much about your profound fundamental character that we find so attractive. I personally wish you very, very well, and, thank you,” Hindes said.

“It has been an honor to serve this amazing community of students, faculty, and staff. Castleton has been my home and it will always hold a special place in my heart,” Dr. Scolforo said. “I know I am leaving behind a solid foundation upon which we can build a bright future. I have full confidence that the team in place will move the University forward.”