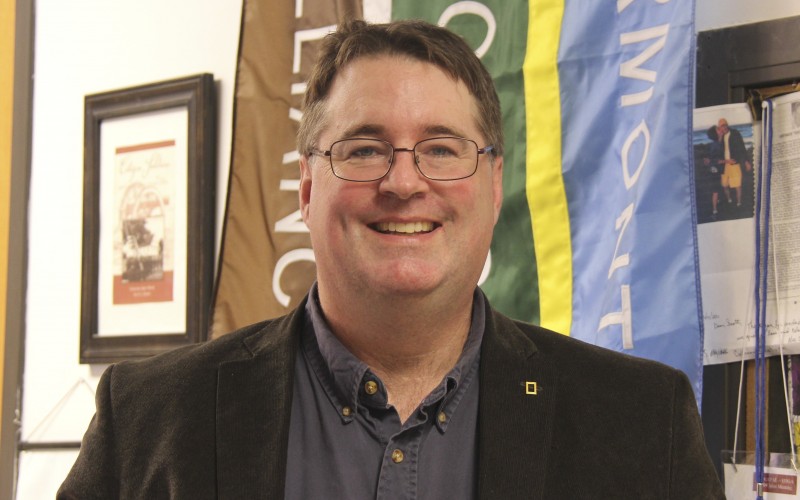 Recognized for his scholarly endeavors outside of the Castleton campus, Geography Professor Scott Roper was recently awarded the Henry H. Douglas Distinguished Service Award for his work with the Pioneer America Society: Association for the Preservation of Artifacts and Landscapes at their annual conference in Oklahoma City.

“I have such high regard for the work of so many of the past recipients, and for so many of my friends and acquaintances in the society today, so even to be considered for this year’s Douglas Award is an incredible honor,” Roper said.

Founded in 1967, the Pioneer American Society is an international organization of scholars and professionals devoted to the study and preservation of buildings, sites, structures and objects representing North American history, cultural landscapes and material culture.

Named after the founder of the society, the Douglas Award is granted to those who have made significant contributions in service, teaching, publications, and the promotion of historic preservation.

Since joining in 1996, Roper has been an active member of the society and has also served in a variety of leadership positions. From 2003-2008 he was the book review editor for Material Culture: The Journal of the Pioneer America Society. During this time he also served as the editor of PAST, the society’s transaction journal, a position that he held from 2005 to 2011.

In addition to his editor roles, Roper has also served on numerous boards and committees, including the Board of Directors, where he was charged with coordinating a variety of conferences and trips for the group.

“The award definitely isn't the end of my association with the group,” said Roper, adding that he is still on several of the society's awards committees, and will most likely present a paper on New England church architecture at next year's meeting in Ohio. “It's a remarkable group, and I really enjoy being involved with them.”