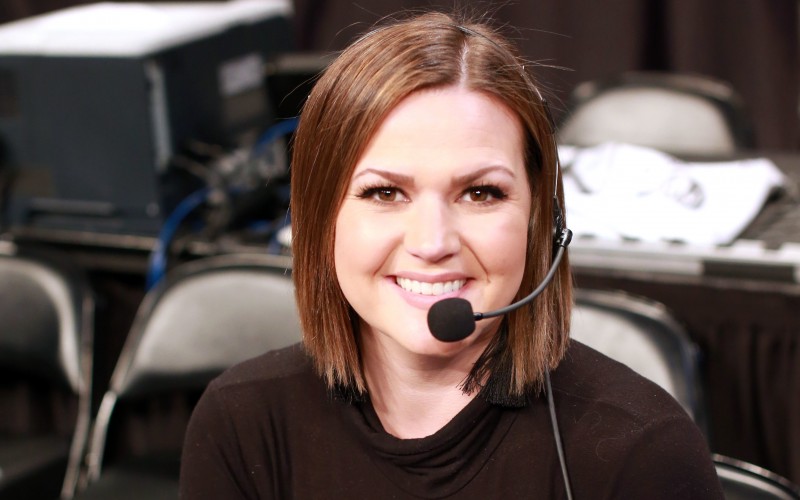 When Gina Nassivera graduated from Castleton in 2009 with a Business Marketing degree, and started working for Glens Falls National Bank in New York, she wasn’t sure where her journey would take her, but she knew she missed participating in sports.

In fact, Gina missed sports so much that she came back to Castleton as a volunteer assistant coach for volleyball, driving almost an hour each way while working full-time. It was during this time a Castleton athletic trainer told her and fellow Castleton Alumna Jamie Lemieux '10 about the Sport Management program at Northern Illinois University, and she realized she wasn’t ready to give up on her dream of being in sports.

Today, Gina is enjoying her fifth season with the Brooklyn Nets as director of game presentation. 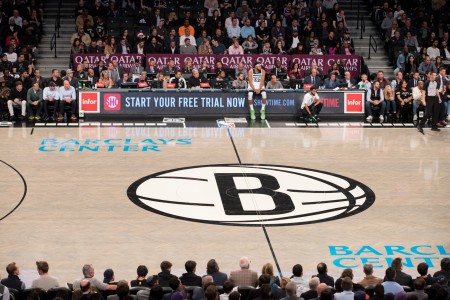 “As director of game presentation, my role is to write all of the scripting for the PA announcer, in-arena host, and the producers in the control room for every Brooklyn Nets home game. I work with various departments throughout the company to make sure their assets, whether its sponsorship, sales, or marketing get placed in-game,” Gina said. “You’ll also see me sitting court side directing and producing “the show.” I’m on headset with the DJ’s, the entertainment director who handles our dance team and hype team, our stage managers, lighting crew, and the control room (their job is to run the cameras and control the content which goes on the video board). It takes a village to create an entertaining atmosphere, but they are the best in the business!”

Gina has also enjoyed the opportunity to travel internationally with the Nets.

“In December 2017, we traveled to Mexico City, and most recently I had the opportunity to go to Shanghai and Shenzhen for the NBA China Games. I love experiencing the different cultures and it’s great to see how the love of sports spans across the entire world. The fact I get to be a small part of that is very special to me,” Gina said.

Some advice she would have given her college-age self would have been to apply for internships early.

“I truly believe internships are the way to get your foot in the door. I remember one summer in grad school I was working a part-time job, interning for a summer league baseball team and taking online grad school courses," Gina said. "Never stop grinding, it will eventually pay off."

Another key to her success has been that she did not see the word “No” as a defeat.

“Don’t see “No” as a failure. Take it as an opportunity to fuel and grow your passion to beyond your expectations. If I had stopped every time I was rejected or heard the word “No,” I wouldn’t be where I am today,” she said.