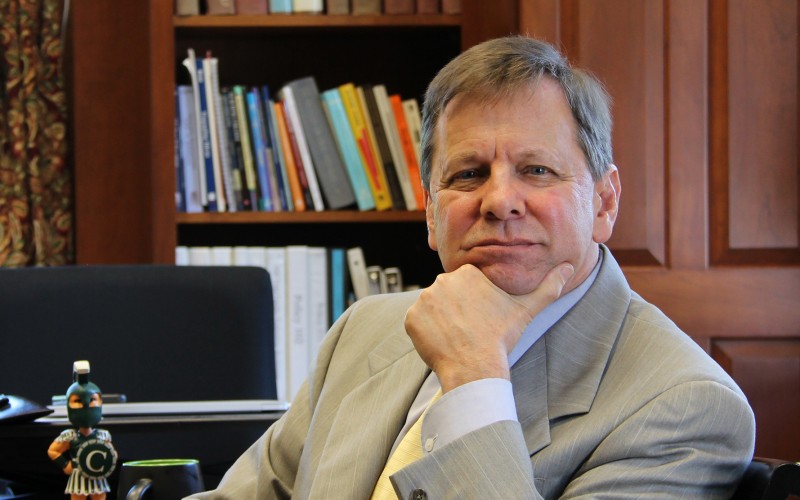 "Serving as president of Castleton has been the greatest honor of my life," Spiro said. "I've been blessed to work with so many bright students, brilliant faculty, and talented staff. I can retire knowing that Castleton will be in good hands to flourish in the years to come."

Spiro successfully led Castleton through the most difficult period in the University's modern history as the pandemic forced classes online, canceled cherished events and traditions, and created pressures on nearly every aspect of the University.

Despite those unprecedented challenges, Castleton saw many successes Under Spiro's leadership, including:

With his retirement, Spiro concludes a nearly 20-year run at Castleton.

During his time at the University, he also served as interim provost, academic dean, dean of the College of Arts, Humanities, and Social Sciences, and Chair of the Department of History, Geography, Economics, & Political Science. Spiro was also the recipient of the Outstanding Faculty Award for his courses on history, politics, race, slavery, immigration, the ancient Maya, and the nature-nurture debate.

Mauhs-Pugh offers a wealth of academic and administrative experience. He has served as Castleton's provost since 2019, when he joined the University after more than 20 years at Green Mountain College. There, he served as provost and vice president of academic affairs and a variety of administrative and faculty positions, including dean of faculty.

"I am honored to be able to serve Castleton University and its superb record of student success. With a 6% increase in first- to second-year retention this past year, continued strong enrollment, and many new initiatives, Castleton has a bright future. Adding its strengths to the proposed Vermont State University will expand access to Castleton's programs while giving students access to the faculty, courses, facilities, and partnerships of its sister institutions," Mauhs-Pugh said.