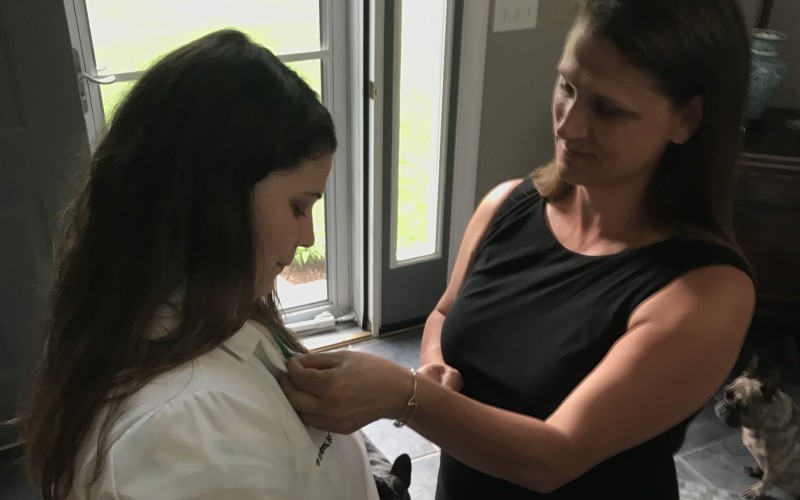 Adrienne Williams ‘00 always knew she wanted to be in healthcare. As a child, she would visit patients in the nursing home near her house and as a teen, she worked as a dietary aide at Rutland Regional Medical Center. After becoming a Licensed Nursing Assistant, it was her daughter Reilly’s birth that encouraged her to advance her career and enroll in the Nursing program at Castleton University.

“One memory I still think of every time I pass by Castleton, is pulling into the parking lot after my very last clinical day. When I got out of the car and was walking towards the Nursing building, I realized I was done,” recalls Williams. “I was so proud of myself, and so excited and sad all at once.” 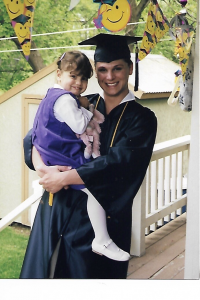 Her hard work and dedication were made more significant when she completed her walked across the stage at the annual Nursing Department Pinning Ceremony, which signifies the official initiation into the nursing field, and saw her young daughter in the audience cheering her on.

“I was a single mom at the time. It was me and her, setting out into the world together, and I knew we would be okay because I had succeeded,” she said. “It was so important to me to be someone she looked up to and learned from. I knew then, I could be that person.”

Nearly twenty years later, Williams’ daughter Reilly Knipes ’20 experienced that same sense of accomplishment. Following in her mother’s footsteps, Knipes joined the Castleton Nursing Department in 2017 and officially completed her degree at the culmination of the 2019-20 academic year. As she prepared to enter the workforce, Knipes herself recently participated in the same ceremony she had watched her mother complete.

The Castleton University 2020 Nursing Department Pinning Ceremony was held virtually and broadcast live on Friday, June 29. While the ceremony was transitioned to a virtual celebration due to COVID-19, Williams and Knipes capitalized on the meaningful shared milestone. 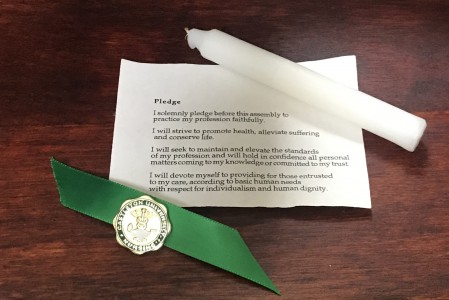 “This unique situation allowed for a really special twist,” said Williams. “Reilly needed to have a white candle and the Nightingale’s pledge to recite. I happen to have both my candle and the paper I read from at my pinning.”

As a new nurse, Knipes will be moving to Burlington, Vermont to work at Porter Medical Center on the medical-surgical unit, while her mother continues her career at Dartmouth Hitchcock Medical Center in Neurosurgery.

“To have my mom pin me meant the absolute world to me,” explained Knipes. “She was my shoulder to cry on, my support system, and my number one cheerleader. It felt like having her pin me put closure on that part of my life.”