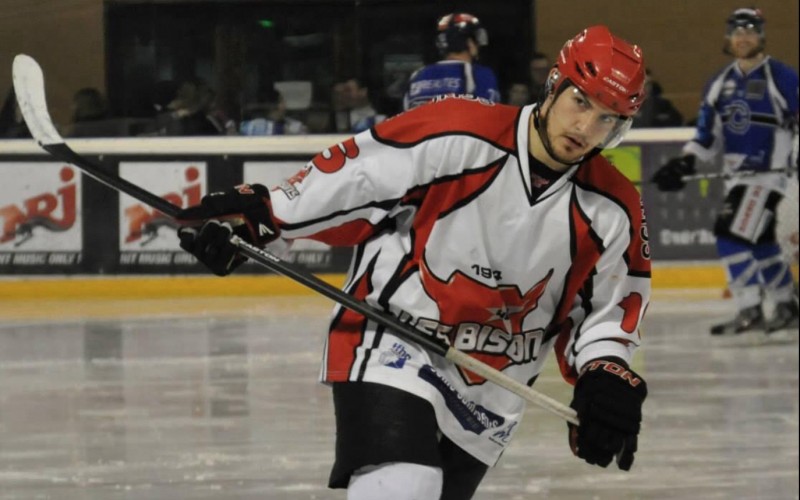 Ice hockey has always been a primary focus and way of life for Jonathan Lafrance ‘11. He starts his days off the same way he has since he first stepped onto the Castleton campus, by prioritizing health and fitness and hitting the gym whilst in the midst of his eleventh year of professional hockey competition. With stints in both the Southern Professional Hockey League and French League, Lafrance welcomes the ability to blend his sport of choice into a professional career and also coaches minor hockey in Reims, France.

“I always knew I wanted to coach one day. So when I first arrived in France, I proposed to the club I played for to help out

with minor hockey,” explained the Castleton ice hockey alumnus, who recently acquired a national ice hockey diploma from the French Hockey Federation. “Coaching isn’t work for me, it’s a passion.”

Respect, hard work, and discipline have been a driving force for Lafrance throughout his playing and coaching career. His determination took him from his Montreal, Quebec roots to the green mountain state to pursue a degree in Exercise Science.

When asked ‘Why Castleton?’ Lafrance gave an answer that many current students and alumni can relate to. “It’s a small college with a big heart.”

His favorite memory at Castleton University spurs from the sport he’ll never be able to give up, ice hockey. During his four years as a Spartan, the Ice Hockey Team made it all the way to fourth place in the national rankings. Lafrance said the only thing that could possibly top that was beating in-state rival Norwich for the first time in program history.

Lafrance noted that he is proud to call himself a member of the Castleton alumni community and credits the University with playing a large role in his professional success.

“Former Castleton Ice Hockey Coach Alex Todd was a mentor for me,” he said. “I have incorporated a lot of what he taught me into the coaching I do now.”