Spartan Stadium to be Renamed in Honor of Dave Wolk 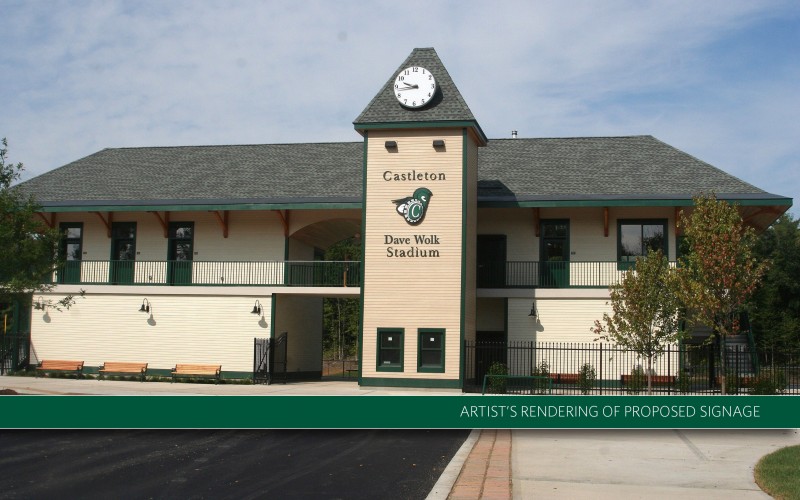 The Vermont State Colleges System (VSCS) Board of Trustees announced Friday at the conclusion of their meeting that Castleton University’s Spartan Stadium will be renamed Dave Wolk Stadium in honor of his 16 years of visionary service as University President.

Governor Phil Scott was on hand to read the official VSCS resolution, which lauded Wolk’s vision, values, passion, and dedication. The resolution highlighted the nearly $100 million in infrastructure improvements as well as the additions to athletics, the arts, and academic offerings during Wolk’s tenure.

Designed to pay tribute to the region’s rich railroad history, the stadium’s architecture mimics that of the historic railroad depots in the area and is the crown jewel of the Castleton Student Initiative, a $25.7 million project designed to enhance all aspects of the student experience.

The multi-use, artificial turf facility with 1,600 seats and a capacity for 5,000 fans is one of the finest in New England and has hosted not only hundreds of Castleton sporting events, but also countless high school state championships, all-star events, and youth camps and clinics.

While the resolution was made today, the official renaming and grand reopening of the facility will take place just prior to the start of the 2018-19 sports season.