Staying in the Game: Colin Murray '14 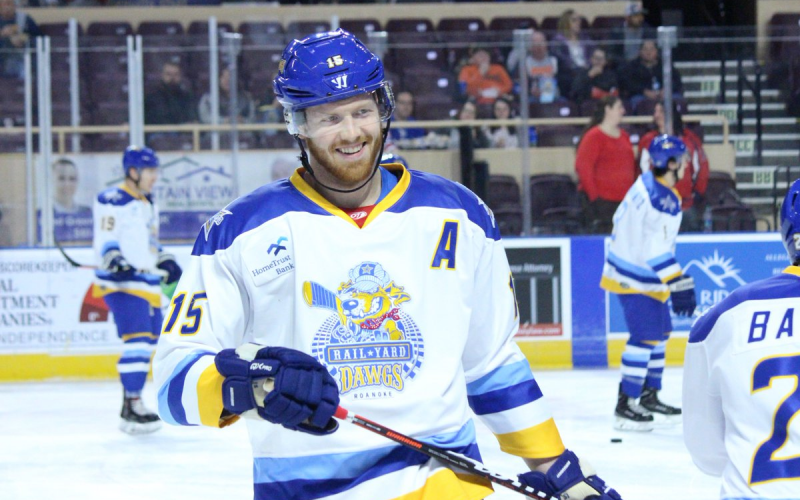 Many of Castleton University alumnus Colin Murray’s favorite memories stem from his college student-athlete experience. The 2014 graduate finished his college ice hockey career with a total of 70 points, placing him tenth in Castleton Men’s Ice Hockey history for overall points.

"My coach senior year had a huge impact on me getting ready to try and play professionally," explained Murray. “He helped me develop a lot in my final season to progress to the next level." 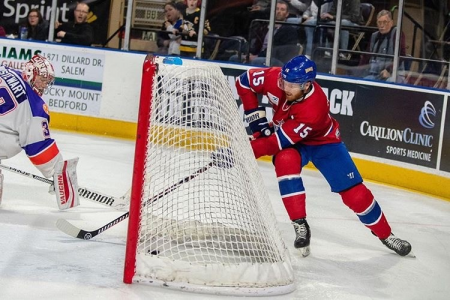 Murray left Vermont to successfully play professional hockey for six years after graduation, with stints in the East Coast Hockey League (ECHL) and Southern Professional Hockey League (SPHL). As his professional playing career began winding down, Murray found it difficult to give up the game he loved.

He then accepted a position with Planet Hockey as an East Coast Representative, remaining an active part of the ice hockey industry. Planet Hockey hosts ice hockey camps, uniquely known for its diversified staff and participating players from around the world.

“This is the on-ice and in-the-rink portion where you get to see all the hard work from the prior months come to life,” he said.

His primary roles involve connecting with new markets and managing Planet Hockey camps, along with coordinating with rink managers and marketing staff. Murray fills the summer camps by advertising and connecting with parents in different demographic locations. He also coordinates host families for staff members for the duration of camp.

Murray credits the additional jobs he held while playing professional hockey as reasons for his success.

“After you play professionally a lot of players have issues finding their footing and getting work experience. I was fortunate that I worked some great jobs during my playing days, and it was easily transferable to the position with Planet Hockey,” explained Murray, detailing his past work for CytoSport, the parent company for Muscle Milk. “I could not have asked for a better job to facilitate my training during the summers as well as paying a good amount of money. Muscle Milk got me into a great pro-skate in Oakville, Ontario. It allowed me to skate with plenty of NHL players and American Leaguers before I entered the ECHL.”

After CytoSport, Murray worked for United Way, where he gained valuable job experience and insight into the world of business. His involvement helped to round out his computer knowledge and presentation skills.

To this day, Murray still draws on his Castleton education and collegiate ice hockey experience.

“I had a lot of teachers and influencers there who helped mold me into the person I am now,” he said. “I am grateful for that and the experience.”