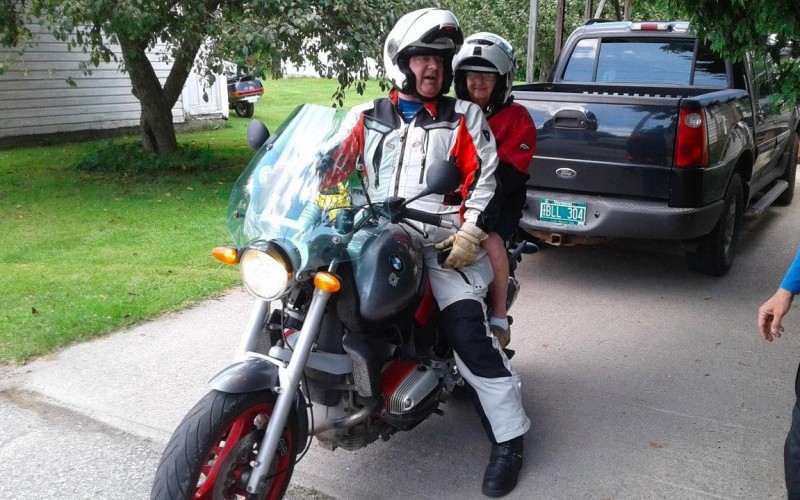 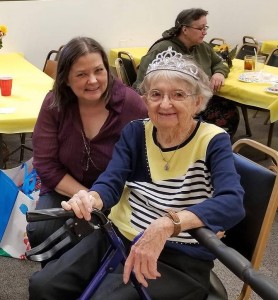 At a feisty 102 years old, Philippa Merchand ‘65 has the unique distinction of being Castleton University's oldest living graduate.

Born in October of 1918, Merchand grew up locally in Rutland, Vermont. She attended high school around the corner from her home and graduated from MSJ as valedictorian, senior class president, and captain of the basketball team.

“It was hard because not a lot of girls wanted to play a sport back then. It wasn’t ladylike,” she said. “There wasn’t equality in the way sports were handled.”

After working for a short time at Woolworth’s Department Store in downtown Rutland, Merchand worked as a telephone operator. Eager to do her part during World War II, she went to Taunton, Massachusetts to be a phone operator at Camp Myles Standish, before returning home to Rutland to work at the telephone office.

“Darn good job! It was the best in Rutland as far as the pay was concerned,” Merchand recalled.

A great paying job and being a wife and mother to four children could not temper Merchand’s adventurous spirit. At the start of the 1960s, she decided to pursue a dream and attended Castleton University for a degree in Education.  Arm in arm with her friends Rollin Loyzelle '64 and Eileen Esposito '64, the three formed a tight-knit group of non-traditional commuter students, attending classes, raising families, and working while earning their degrees. Her fondest memories of Castleton are of the support she received from caring professors.

“They did a lot for both me and my husband,” she explained.

After graduating in 1965, Merchand taught in multiple grade classrooms at Tinmouth School and eventually moved on to kindergarten classrooms in Brandon and then at Neshobe Elementary School. She retired from teaching in the mid-1980s.

Two of her sons followed in her footsteps earning degrees in Education from Castleton. Anthony Merchand ‘97 graduated with a Master's degree and certification as a math teacher for grades 7-12 after a 20-year career in the Air Force. He taught at MSJ from 1998 to 2016. Joseph Merchand ‘73 attended Castleton as a traditional student after high school and spent 17-years as a teacher at Missisquoi Valley Union High School.

Merchand still lives in her home of 70 years on Meadow Street in Rutland, right around the corner from where she grew up. Her zest for life is not to be quelled, as she spends her days reading and enjoying car rides around town, as well as receives frequent visits and calls from her children.