On  July 26th, 2021 from 5:30-7:30PM, the Castleton University Bank Gallery in downtown Rutland, VT will host a public reception and gallery talk. Complimentary locally sourced food and drink, including beer, wine, craft cheeses, produce and more will be served.

The interviews they recorded tell stories of diverse agricultural systems and communities thriving in many parts of Vermont, and in particular, a node of activity in Rutland County. Sharrow described his early meetings with farmers in the Rutland area as revealing “the spokes on a wheel”, with the hub located at Boardman Hill Farm, where Greg and Gay Cox have lived and farmed for more than three decades.

Growing Food, Growing Farmers is an intimate look at the expanding community of young farmers in Rutland County and the surrounding area. The exhibit showcases farmers through large-format photographic portraits by Macaulay Lerman. Sharrow’s metaphor of the “wheel,” a central theme of the exhibit, is conveyed in the form of biographies and audio interview excerpts that complement the portraits of more than a dozen current and former farmers, many of whom trace some aspect of their agricultural trajectory to the Cox’s mentorship and generosity.

The ethnographic interviews conducted by Sharrow and Kolovos, and the resulting biographical and audio content in the exhibit, share the experience and insights of the farmers in their own words. The large-scale photo portraits—nearly 4 by 3 feet—were created with a similar intention in mind. Lerman’s photographic process is ethnographic in spirit and echoes the philosophy of deep listening and collaboration that forms the Folklife Center’s approach to cultural research. 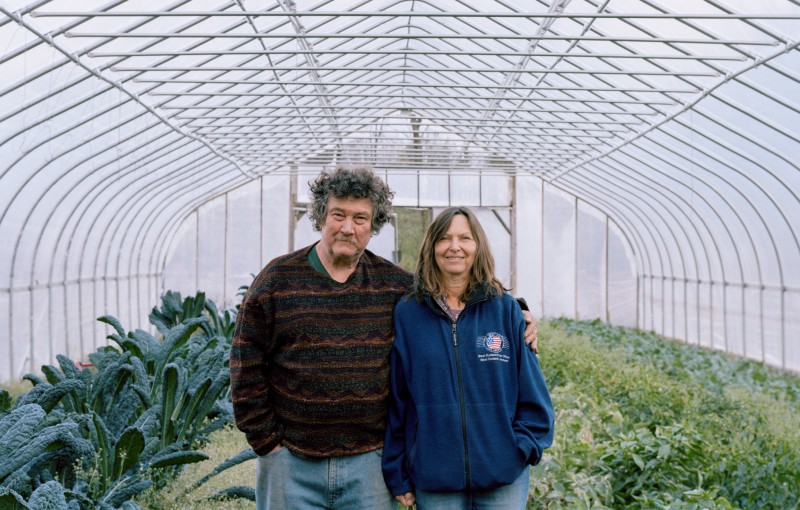