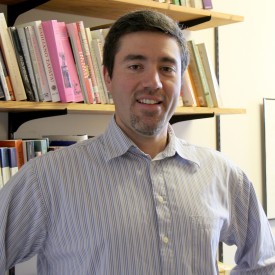 Andre Fleche is an historian of the Americas who holds a special interest in global approaches to the past. He offers a broad array of courses on the history of the United States and Latin America, including the Civil War, Reconstruction, and the Age of Revolution in the Atlantic World. Prof. Fleche’s research aims to situate the Civil War in an international context. His essays and articles have appeared in a variety of publications, including Civil War History, Journal of the Civil War Era, and the New York Times’ Disunion series. His first book, The Revolution of 1861: The American Civil War in the Age of Nationalist Conflict, received the Southern Historical Association’s James A. Rawley Award in 2013.