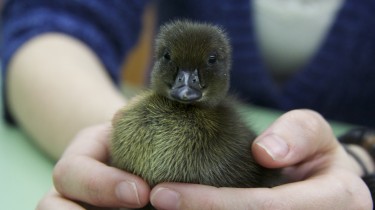 The Natural Sciences Department at Castleton offers programs that are challenging and fun. 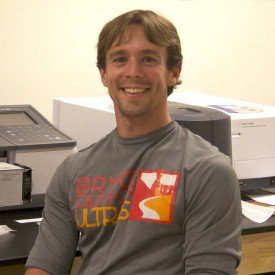 Andrew Vermilyea's goal at Castleton is be an effective teacher in the classroom and provide as many opportunities as possible for students in their field outside the classroom. Working on research projects allows students to better understand what a career in science entails and to accumulate a strong background that prepares them for graduate study or jobs that demand knowledgeable, self-reliant scientists.

As an undergraduate at Hamilton College, Dr. Vermilyea majored in Chemistry and minored in Geology. In graduate school at the Colorado School of Mines, he studied contaminate photochemical degradation and mechanisms of formation of reactive oxygen species (ROS). Dr. Vermilyea examined mechanisms for these processes and quantified photochemical and biological rates of ROS production in freshwater bodies and during research cruises in the Gulf of Alaska and around Bermuda. These reactions are important because ROS influence the bioavailability of redox active metals, some of which are trace and limiting nutrients (such as iron in the Pacific Ocean).

Dr. Vermilyea's post doctorate work at the University of Alaska Southeast broadened his research interests to include much larger scale systems. There he worked to understand how landscapes influenced the total export of nutrients from watersheds to a very productive coastal ecosystem like the Gulf of Alaska. Dr. Vermilyea is currently collaborating with the University of Vermont to study nutrient export from our Vermont landscapes and the resulting impact on Lake Champlain.

The Natural Sciences Department at Castleton offers programs that are challenging and fun.