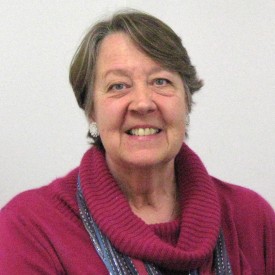 Beth Thompson has been a sought-after performer and pedagogue in New England for 35 years. She sings “just about everything” from opera, oratorio and art song to Broadway and contemporary folk music.

Ms. Thompson has been a featured soloist with the Vermont Symphony Orchestra, the Montpelier Chamber Orchestra, the Burlington Choral Society, the Champlain Valley Oratorio Society, and has performed at the Warebrook Festival of Contemporary Music and the Music at Lake Willoughby and Salisbury Concert Series singing a wide repertoire including Dvorak's Te Deum, Haydn's The Creation, Requiems by Mozart, Brahms and Fauré, the Vaughan Williams Serenade To Music, and Mendelssohn's St. Paul. She is an avid recitalist and has performed at colleges, universities and churches throughout the northeast.

Ms. Thompson was a member of the Artist Faculty of the Pitten (Austria) International Music Festival for sixteen years. She has also taught singing at the University of Vermont, and for 25 years at Middlebury College. She has taught Voice and Vocal Pedagogy at Castleton University since 2012, and maintains private voice studios in several other locations in Vermont. She is Minister of Music at the First Congregational Church in her hometown of Danby.