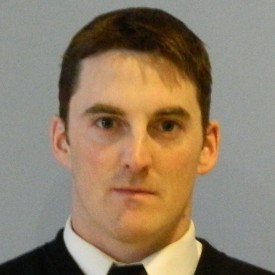 Bo McDougall has been the Head Men's Lacrosse Coach at Castleton since 2010.

McDougall was a 2006 graduate of Saint Lawrence University where he lettered in both football and lacrosse. McDougall spent 2011 as an assistant coach with the football and men’s lacrosse teams at Eastern Collegiate Football Conference (ECFC) foe and in-state rival Norwich University. While at Norwich McDougall was responsible for coaching the outside linebackers with the football program, while serving as the defensive coordinator for the men’s lacrosse team.

In 2011 the Norwich lacrosse defense ranked 13th in the nation in scoring defense, while leading the Great Northeast Athletic Conference (GNAC) at 6.85 goals per game, finishing third in the GNAC standings at 9-5, 6-2.

Prior to his stint at Norwich, McDougall spent two seasons at Saint Lawrence as a Graduate Assistant with the Saints football team. While there he received his Masters in Education Leadership and coached the team’s inside linebackers. Before that he spent two seasons at Norwich coaching the tight ends on the football team, and serving as the defensive coordinator with the lacrosse team.