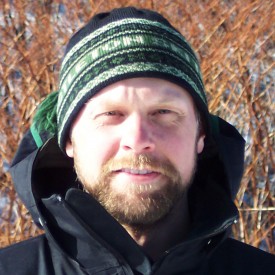 Chris Eder has been coaching Castleton's men's and women's alpine ski teams since 2003 and has helped them become one of the top programs in the east.

With roots in Maria Alm, Austria, coach Eder brings his passion for ski racing and over 20 years of racing/coaching experience to Castleton’s program. He serves as secretary on the Eastern Collegiate Ski Conference’s (ECSC) Board of Directors.

Along with his coaching duties, coach Eder works in Admissions at Castleton. Chris has been working in college admissions since 1998 and has been with Castleton since 2003. Chris enjoys many outdoor activities with his family such as skiing, mountain biking, running, and tennis. Originally from Bernardsville, NJ, Chris is a 1998 graduate of Green Mountain College. He is married and resides in Rutland, Vermont.