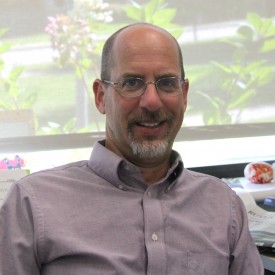 David Blow is a 1989 Castleton graduate who spent 15 years as a newspaper reporter/editor at The Post-Star in Glens Falls, NY before returning to Castleton to teach in 2005. His career in journalism produced several Associated Press awards and was punctuated by memorable interviews with Robert Redford, Jerry Springer and Ted Turner along with countless state and federal government officials. He traded in the newsroom for the classroom to try to instill the passion he has for journalism into Castleton's Communication students. He advises the school's newspaper, The Spartan, and recently published a book entitled "Blow by Blow: A Quarter Century of Voices from My Notebook. Students say Blow's enthusiasm, experience and passion make learning from him fun. Blow still write biweekly Q&A columns and ski columns in the winter for The Post-Star. He is married and has two teenage daughters.