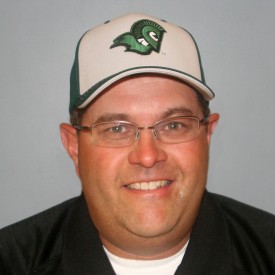 Eric Ramey has been the Head Softball Coach at Castleton since 2013.

In 2015, he led the Spartans to the top seed in the North Atlantic Conference Tournament for the first time in program history. His team finished the year with a 19-12 mark, the team’s best winning percentage in eight years. He had five different players named all-conference, including three first-team all-conference performers.

Ramey was a 1991 graduate of Plattsburgh State and has been the Director of Athletics and Activities at nearby Fair Haven Union High School since 2006. Ramey was also the Head Softball Coach at Fair Haven from 1994-97, and was the Head Girls' Basketball Coach from 1995-2006.

In 2003 Ramey took over a Castleton softball program which had gone 28-31 over the previous three seasons and piloted the Spartans to 54 wins over the next three years, highlighted by a 22-9 season in 2005.