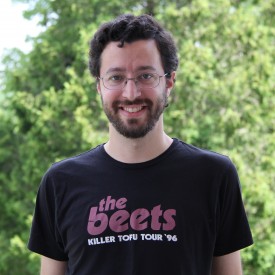 Dr. Greg Engel joined the Department of Psychological Sciences at Castleton University in 2016. He is an expert on behavioral genetics, using fruit flies to study genes that impact the behavioral response to alcohol.

In the classroom he tries to bridge the gap that is sometimes mistakenly perceived between psychology and biology, by placing mental and behavioral phenomena in the context of the brain.