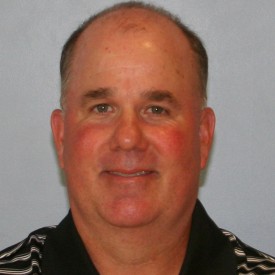 John O'Connor has been the Head Men's Soccer Coach at Castleton since 2013.

O'Connor earned his Bachelors of Science in Physical Education from the University of Maine-Orono in 1984 and two years later completed his masters in Education with a concentration in Leadership. From 1990-95, he spent five seasons as an assistant coach at Dartmouth under Bobby Clark, the present coach at the University of Notre Dame. He was a part of two Ivy League Championships with the Big Green, who reached the quarterfinals of the NCAA Division I Tournament twice during his tenure in Hanover.

The 21-year collegiate head coach earned a USSF "A" License and holds a NSCAA Premier Diploma. He is active in coaching education through the NSCAA, works with the Vermont Olympic Development Program and is the Technical Director for Summit Football Club.

O'Connor resides in Rutland with his wife Sheila, the Castleton University Acquatics Coordinator, and their children Megan and Michael.