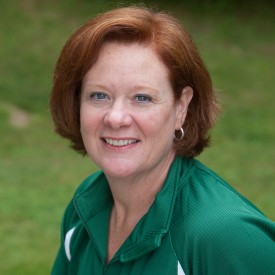 Julie Muller joined the Castleton community for the spring of 2016 as a part-time faculty member in the MS in Athletic Leadership program. No stranger to the University, Muller is the Commissioner for the North Atlantic Conference, a Division III Athletics Conference in which Castleton is joined in membership by 9 other New England schools. In this role, Muller represents the conference on various committees, regionally and nationally, and works closely with the Presidents and Athletic Directors of the member institutions. She has served as President of the Division III Commissioners Association and on the Board of the National Association of Collegiate Women Administrators among various other committees. Named the 2011 Female Administrator of the Year by the Eastern College Athletic Conference, Muller is recognized for her high ideals and service within the intercollegiate athletics industry and was recently named to the NCAA Gender Equity Task Force.

Muller is a part-time faculty member for Stony Brook University's Graduate Coaching Certificate and Masters in Higher Education programs and brings an extensive background in athletics to Castleton, as both a coach and an administrator. She served as the Assistant Athletics Director for student-athlete services at Stony Brook University in Stony Brook, N.Y., following her tenure at Fairleigh Dickinson University's College at Florham as Associate Athletic Director and Women's Field Hockey Coach.