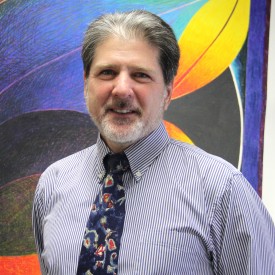 Professor Cohen has more than thirty-five years of direct marketing and marketing research experience. He began his career in the list business at Names Unlimited in New York. In 1977 he joined Garden Way, Inc. as a direct mail manager where he had an integral role in developing the direct mail program for the Troy-Bilt Rototiller. He was promoted to Director of Research in 1983 and later became Garden Way’s Director of Research and New Business Development.

In 1985 Paul joined the American Contract Bridge League as Director of Marketing. There he was responsible for new member recruitment, public relations, member retention, product sales, and the publishing of the league’s monthly magazine.

Paul is currently a professor in the Department of Business Administration at Castleton University in Vermont and principal of Paul Cohen & Associates.

Paul has conducted research for a host of organizations including Brookstone, L.L. Bean, Chadwick’s of Boston, Pleasant Company (American Girl), Gardener’s Supply Company, The Metropolitan Museum of Art, Plow and Hearth, Country Life Magazine, Eating Well Magazine, and The American Contract Bridge League. Paul has personally designed, implemented, and analyzed over 100 consumer surveys and focus groups. Paul has been a speaker and panelist at Direct Marketing Association (DMA) conferences and has guest lectured at colleges and universities around the country as part of the DMA’s Visiting Executive Program.