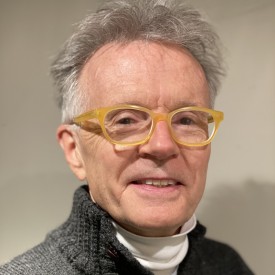 Peter Miller initiated and has led the stringed instrument and orchestra program for the Rutland (Vermont) Public Schools, building a program of 200 students, the largest in the state. Miller has recently retired as the Fine Arts Supervisor and Orchestra Director for the Rutland schools. He had previously directed public and private school string and orchestra programs for more than 20 years in Massachusetts and Colorado. A number of his students from Rutland and Massachusetts have been nationally recognized. Groups under his direction have been selected to perform for All-State and NAfME (National Association for Music Education) conventions and have toured in the USA as well as Canada, Great Britain, and Bermuda. He has been a frequent clinician, conductor, panelist and adjudicator at regional, state and national festivals and conferences.

Miller was the longtime Music Director of the Lakes Region Youth Orchestra. Miller has served as president of the National School Orchestra Association (NSOA) and co-chaired the ASTA (American String Teachers Association) with NSOA Committee on School Orchestras and Strings. He has been a consulting editor for American String Teacher and has been a frequent contributor to professional journals. He served on the review committee for the national music standards.

Miller co-founded and directed the Cape Cod Youth Orchestra, and was the founding Music Director of the Cape Cod Ballet Society Orchestra.