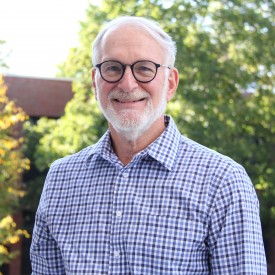 Randy founded Advanced Eyecare Associates, L.L.C., in suburban Ledgewood, New Jersey, which he began as a solo practice in 1977 and grew to a three doctor practice with a staff of 15.

Randy was the first New Jersey optometrist ever elected to the Board of Trustees of the American Optometric Association and in 2009, he was elected as President of the American Optometric Association, representing the entire profession nationally. He was the only practicing optometrist appointed to a sub-committee of the National Committee for Quality Assurance which credentials health plans. He was also the only practicing optometrist appointed to the National Commission on Vision and Health whose mission was to provide broad input in the development of public health policy.

In 2009, he was invited to speak at the White House on behalf of optometry at White House Conference on Primary Care.
He has published more than 70 papers in optometric journals and has presented more has 80 professional lectures to both post-docs in continuing education formats as well as to optometry students.

Randy is married and has three sons. He is also a proud grandfather to four adorable little girls. His retirement from professional optometry began in 2018 and was short-lived when his love for science and students brought him to Castleton University in the spring of 2019. He lives in neighboring Washington County New York with his wife Bonnie who cannot seem to retire from college teaching after 23 years. His interests include fishing, biking, photography and travel.