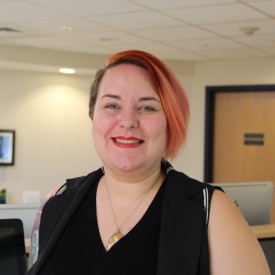 Sam is a documentary filmmaker whose work looks at feminist, women, fat bodies, and LGBTQ+ issues, with a focus on body politics. Sam finds it especially pertinent to make films about women and queer bodies in this day and age, as a way to bring attention to voices that are often silenced.

Her short documentary film, "The Body I Live In" won three national awards at film festivals, and has screened internationally at prominent film festivals and conferences. Currently, Sam is working on a documentary web series about the pain and trauma of often marginalized bodies, and the opportunity that radical self love can offer to societal change and resistance.