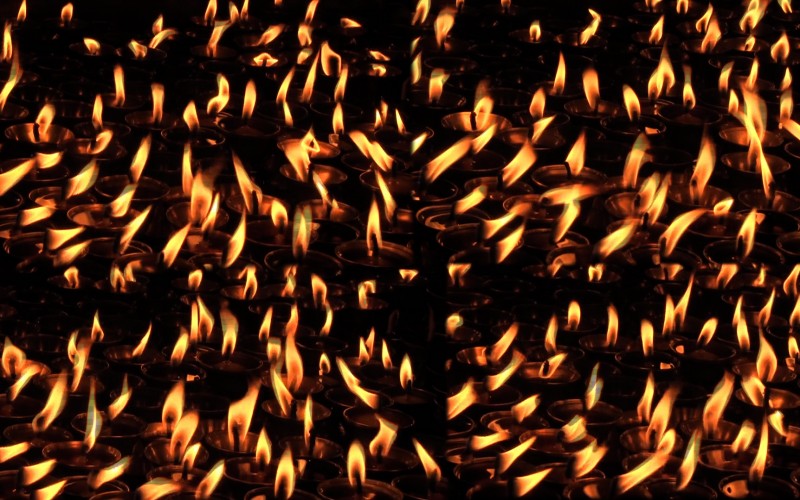 The Castleton Downtown Gallery in Rutland will feature the works of local Vermont artists Leslie Berns and Shelley Warren in a dual-artist exhibit of multi-media works running from March 26 through April 26, with an opening reception on April 4 at 5 p.m.

Entitled “Stream” the exhibit is comprised of installations of moving video images projected onto walls and sculptures, still photographs, objects, and sound. In both of the artists’ nature-based work, figures perform rituals against the backdrop of landscapes amidst natural elements of earth, water, fire and air.

The two artists have known each other since they attended the Yale School of Art and Architecture as graduate students, Berns in painting and Warren in sculpture.

The Castleton Downtown Gallery is located on Center Street Alley in Rutland and is open Wednesday through Saturday with hours of operation from 1-6 p.m.

For more information on the exhibit or the Castleton Downtown Gallery please contact William Ramage at 802-468-1266 or castletoncollegegalleries@gmail.com.

Leslie Berns received her BFA in painting from the Yale University School of Art and Architecture as well a BFA, also in painting, from Pratt Institute.

Her nature-based, interdisciplinary and performance art is influenced by her involvement with Caribbean and modern dance. With an interest in investigating how bodies transform in time and space. Berns explores the relationships between identity, subjectivity and the environment, as nature’s cycles and spiritual paradigms.

Shelley Warren earned an MFA in Sculpture from the Yale University School of Art and Architecture and a BFA from the School of Visual Arts in New York City.

She is currently a professor at the University of Vermont and has been featured as a Juror and Visiting Artist at Harvard University School of Design, Barnard and Columbia University, Yale School of Architecture, Edinboro University Art Department, and Norwich University.

Her multimedia installations shed light on her experiences with Buddhist Studies in the Himalayan regions of India and Nepal, which began in the early 1970’s. Through video projections merging with static material, Warren’s work explores the questions of human nature, identity and sanctity.

As a recipient of numerous awards and fellowships, Warren’s multimedia installations and videos have been exhibited on national venues and her work can be found in both private and public collections including the Lannan Foundation Collection.