A message from the Interim President 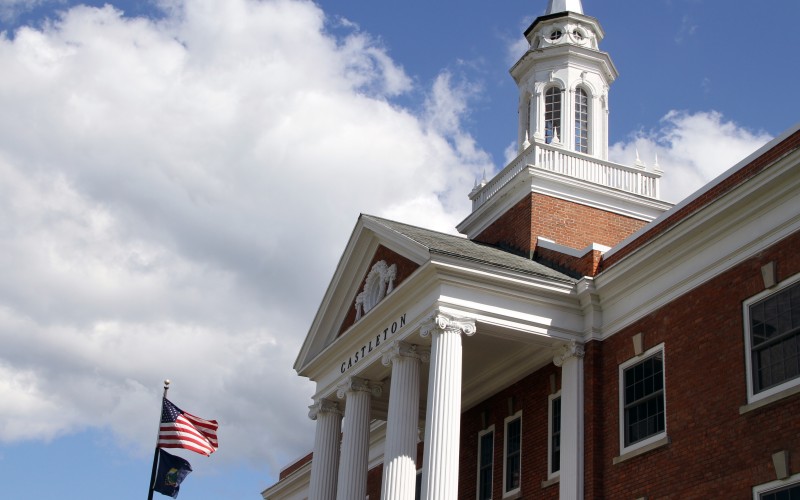 The appalling murders of George Floyd in Minnesota, Ahmaud Arbery in Georgia, and Breonna Taylor in Kentucky are dreadful reminders of the racism, violence, and injustice that have permeated our nation for four centuries.  We all feel the ongoing pain, frustration, and justified anger of the black community and its millions of allies.

It is of the utmost importance that we stand with our students, staff, and faculty of color, not only during this tragic summer but at all times.  People of color experience both overt and covert racism in every corner of society, including on our campus.  That must end.  It is crucial that all of us work to create a university that embraces and practices inclusion and that conducts open and difficult discussions about systemic injustice.

It goes without saying that the Castleton community is grief stricken for the innocent victims of racist violence.  But I am compelled to state that we are also outraged.  I grew up in the 1960s, and I am stunned—and yes, I am angry—that half a century later I still have to write this statement.  Enough is enough.  We can no longer accept systemic racism and inequality and we cannot be indifferent to the silent injustices that continue on a daily basis in our community.  If you’re not infuriated, you’re not paying attention.

As your president, it would not be proper for me to weigh in on a political issue.  But this is not a political issue.  It is an issue of basic human rights—rights that are not negotiable because they belong to every human being as their birthright.  It is not “political” to state the obvious: Black lives matter.

Furthermore, let me make it clear that it is not up to people of color to end racism (if it were, the problem would have been solved centuries ago).  Rather, the task—the noble task—of ending racism belongs to people who look like me.  When the great writer Richard Wright was asked his opinion about the "Negro problem" in the United States, he wisely replied “There isn't any Negro problem; there is only a white problem.”  The choice is simple: we can be racist, or we can be anti-racist.  There is no middle ground.  To do nothing, to fail to speak out, to be a bystander is to give aid and comfort to the racists.  It is not sufficient to not be racist; we need to be anti-racist.

To our students: you are fortunate to have the opportunity to study at a great university where you can learn from erudite teachers, engage in reasoned debate with your peers, perform internships in the community, access the intellectual inheritance of humanity in our library, and take enlightening courses in history, sociology, biology, anthropology, philosophy, art, psychology, education, literature, health, economics, political science, statistics, communications, and criminal justice (to name a few).  When you return in August, I charge you with planning and pursuing your education as if the future of our country depends on it.  Be the best student you can be, which in turn will make you the best American you can be.  As Nelson Mandela declared: “Education is the most powerful weapon you can use to change the world."

Thank you for upholding the values of Castleton University.  The arc of the moral universe is long, but it bends toward justice.