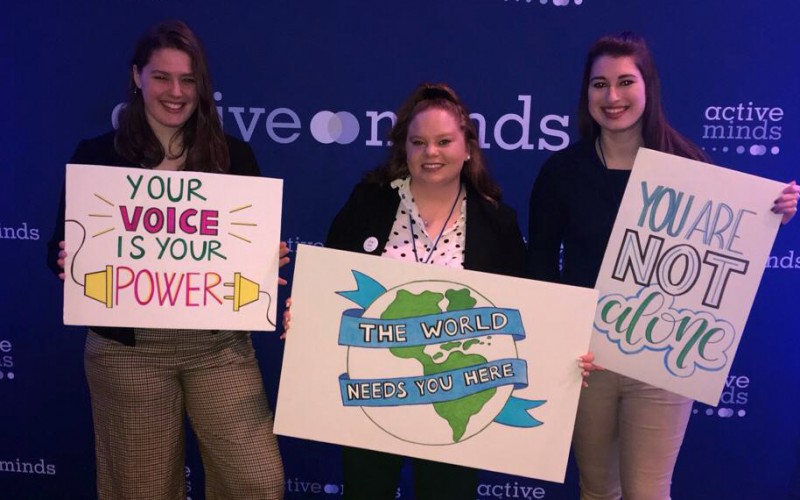 Active Minds is a national organization with more than 450 chapters on college campuses across the country. Founded in 2003, the Active Minds nonprofit was created by Alison Malmon after the suicide of her older brother, Brian, in 2000. Malmon, who was a junior in college when her brother died, recognized that Brian’s experience was similar to thousands of other young people who suffer in silence, believing that they are alone in the fight against mental illness. Malmon saw that while many were affected by mental health issues, few openly talk about their struggles due to shame and stigma.

“After my brother’s death, and knowing how preventable it was, I resolved ­– no matter what – to do something to change the way we approach mental health in this country,” Malmon says on the Active Minds website.

Active Minds is dedicated to saving lives and building stronger families and communities. Its goal is to create a culture at colleges that will encourage students to be as comfortable talking about mental health as they are with physical health. Suicide prevention is also a consistent theme.

“I was thrilled when students Jeff Hazard, Abby Mayo, and Kendra Ross approached me at the end of the fall semester and said that they wanted to start an Active Minds chapter,” said Martha Coulter, wellness center director. “They had already created a wellness committee within the SGA and this was another way to support mental wellness at Castleton. The club meets weekly and its membership is growing.”

Coulter and four students attended the Active Minds National Conference in Washington D.C. in March to learn what other universities and colleges are doing to support mental health on their campuses. More than 500 campus, government, foundation, and corporate representatives attended. Students heard from the 2019 featured presenter Cynthia Bissett Germanotta, president of the Born This Way Foundation, which she co-founded in 2012 alongside her daughter Stefani Germanotta – more notably recognized as musician and actress Lady Gaga. Students took away many ideas that will benefit their peers, including adding crisis numbers to student ID cards and more.