Beetles, Invasive Plants, and Change All in a Day’s Work for Dara Davison 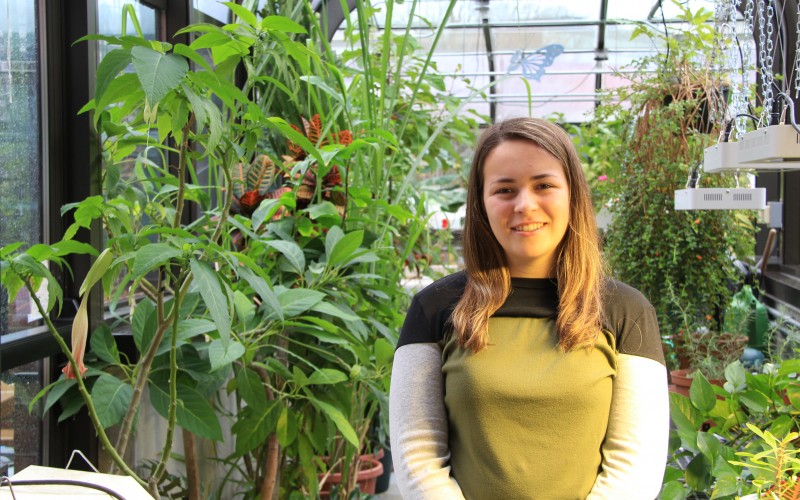 A day’s work can change at a moment’s notice. As Dara Davison would find, so goes life with Nassau County Department of Public Works of Wantagh, Long Island, New York.

Dara, from West Dover, Vermont, completed an internship this summer with Nassau County that had her working with the Southern Pine Beetle, which is an invasive animal species, and the water chestnut, which is an aquatic invasive plant.

“One of the most valuable things that I learned was that not everything goes as planned for a day’s work and can always change. There were quite a few times where we were working on something and we received a call saying that we were needed somewhere else to take care of a situation,” Dara said.

Academic interests can change, too. Dara came to Castleton University as an Environmental Science major, but switched to Ecological Studies with a minor in Criminal Justice because it aligned better with her interests and career goals. The change was confirmed as the right choice by her internship experience.

Dara had the opportunity to spend time in the field and attend various meetings with her supervisor, gaining both field and office experience.

Dara’s internship provided a wide range of experiences, including depth-to-water measurements in wells across Nassau County, checking storm water runoff drains to see if they were blocked by things such as plastics, and checking the garbage traps at lakes, ponds, and streams.

“This internship really helped me connect what I learned in the classroom to real hands-on work. I’ve taken quite a few classes here at Castleton that really helped me in my internship,” Dara said. “For instance, I took Hydrogeology with Professor Helen Mango here at Castleton and having that class under my belt made my internship a lot easier. I used a lot of the things I learned in the classroom in the real world.”

As president of the Greenhouse and Garden Club, a community advisor, and a member of the Outing Club and Campus Conversation Partners, Dara keeps busy on campus beyond her academics. And, she has her eye on the future.

“My favorite things about Castleton are that the faculty, staff, and other students are super friendly,” Dara said. “Also, the campus is smaller so that it feels more like home and it’s harder to feel lost like some people feel at bigger universities. And, that the campus is absolutely beautiful.”